Canada, Coronavirus and the Cross

Posted on April 12, 2020 by Shawn Jorgensen Leave a comment 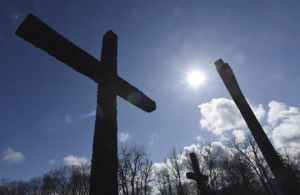 On Easter Sunday 2020 as 2.4 billion Christians around the world celebrated the Resurrection of Jesus Christ, the novel coronavirus / #COVID19 viral pandemic continued to leave an ever-widening destructive trail of disease, death and economic disaster in its wake around the world, impacting tens of millions of people.

In its 83rd daily situation report on the pandemic, released on Easter Sunday, the World Health Organization shared grim statistics from several virus hotspots around the world – attempting (and failing) to overshadow the celebration of the greatest love story in world history – the message of the Cross. 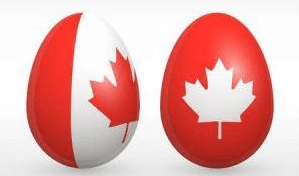 On the often-uneventful Saturday between Good Friday and Easter Sunday, my homeland of Canada recorded 1,318 new COVID19 infections (22,544 total) and saw 69 new deaths.

On that same day in the United States, over 31,600 people tested positive for the virus, bringing the total number of current infections in that country to 557,590 – 30% of all the current infections on Earth, and only 30,000 less cases than the combined total of those in Spain, Italy, France and Germany combined.  Over 1,900 Americans lost their lives to the virus that day, 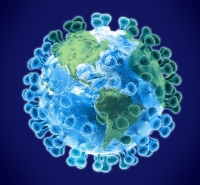 Globally, there were at least 1,859,000 current novel coronavirus infections, in over 200 countries and territories around the world – and the pandemic death toll around the world passed the macabre milestone of 100,000 fatalities since the outbreak began (114,000 by day’s end).

Yet, for reasons I cannot understand, I noticed today that Vancouver International Airport, thanks to the lack of leadership by #JustinTrudeau and the federal Liberal government in Canada, is allowing air travel from US, Japan, China and other viral hotspots around the world to continue to Canada unabated.  In my opinion, it’s practically an act of treason, a crime against the Canadian people, to allow this to continue. 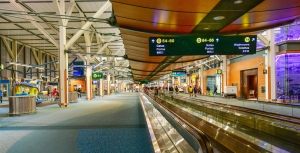 Flights originated from the following cities, the number of total cases and deaths from COVID19 included:

As of Easter Sunday:

We just allowed 11 flights from 8 cities on Easter Sunday alone, at Vancouver International Airport alone, that have more active cases in their metro areas than the entire nation of Canada.

We closed the Canada/US border to vehicle traffic, so why on Earth are we still allowing passenger flights from:

CHINA – with a reported 82,052 cases, and 3,339 deaths, many countries around the world believe the numbers are actually much higher, as reported by CNN and others.

This is completely outrageous.  We should be shutting down all air traffic between Canada and the United States immediately.  Remember:  the flight information was related to Vancouver International Airport arrivals alone, as stated.

And Canada has 16 other international airports.

Let that sink in.

By Shawn Jorgensen,  Founding Editor
Calling Out Community
Posted:  April 18, 2020
[God’s Got A Plan For You!]