The Insanity of a God-Free World 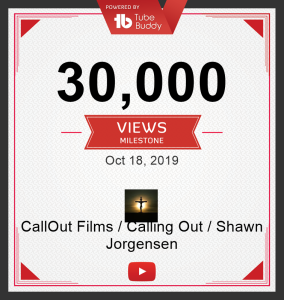 We at the Calling Out Community believe that God has given us a two-fold mission that shapes everything that we do:

Christians around the world today feel a growing sense of urgency to fulfill the Great Commission, given to us by Christ (Mark 16:15-16):

15 “And he said unto them, Go ye into all the world, and preach the gospel to every creature.”
16 He that believeth and is baptized shall be saved; but he that believeth not shall be damned.

We believe we have been “called out” by God to take advantage of every cutting-edge communication tool available to share the Gospel of Christ around the world,  Therefore, in addition to our flagship website (which you are visiting right now), the Calling Out Community launched a visual media division, CallOut Films, and a related YouTube Channel on June 1, 2017 – which produces short (usually 15 minutes or less) videos that are both complementary and unique to the materials on this blog site on various topics.

As of February 16, 2019, we have written, narrated, designed, edited, produced and released 38 videos on many topics of importance to the conservative Christian believer, which include but are not limited to:

We are very proud to introduce our first video series, entitled Last Days’ Dawning (click the link to learn more) – which holds up the Biblical “signs of the times” (concerning the Last Days of mankind) against today’s newspaper headlines – proving (rather conclusively, we believe) that we are truly living in the beginning of those Last Days.  Right now.  Today.

Check out some of our most recent YouTube videos here.  Your comments are very much welcome!

And finally, we wanted to highlight the most important video we have ever produced – which gives a complete overview of the Biblical plan of salvation.  Accept the sacrifice of Jesus Christ on the Cross, who paid for your freedom from sin and bondage, TODAY!

Click the image above to go directly to the video