We at Calling Out Community often shake our heads when we hear people criticizing Israel for any reason.  If you knew what was really going on in the Middle East amongst her Islamic neighbours, you might think twice about verbally attacking the only real democracy in the Middle East.

How or why we are even friends with Saudi Arabia, one of the purported instigators of the September 11 attacks, is beyond us.  We want you to see how backwards this country really is, especially if you are a woman.  You’ll shake your head in stunned disbelief.

Earlier this year, a sign was placed in the window of a Starbucks coffee shop in Riyadah, the capital of Saudi Arabia, which stated simply:

The reason for this sexist ban?  A wall designed to segregate men and women was reportedly removed during renovations.  A customer who tweeted a picture of the sign, which was written in English and Arabic, said the store “refused to serve me just because I’m a woman and asked me to send a man instead“.

In a statement, the shop said: “We are working as quickly as possible as we refurbish our Jarir store, so that we may again welcome all customers in accordance with local customs.” 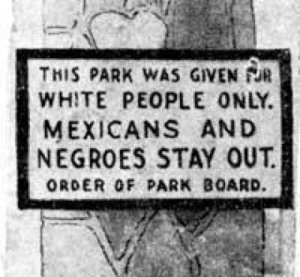 CNN later reported that the store once again was serving women.  However, they lost me when they tried to compare this slight against Saudi women to the segregation against blacks in the United States earlier last century.

Men and women are segregated in the majority of public spaces in Saudi Arabia, with the Muslim kingdom’s religious police ensuring the rules are enforced.  “Unlawful mixing between sexes leads to the arrest of the violators and criminal charges,” political scientist Elham Manea writes for Deutche Welle.

Saudi Arabia’s human rights record, especially with regards to protecting women, has often been called into question.  Which makes me ask the question:  “WHY does the United States ally with these sexist backwards wingnuts?”  But that’s a side issue.

Saudi women were only allowed to vote for the first time in December 2015.  Women were also allowed to let their names stand for election for the first time then, and at least 18 Women were elected to municipal councils in Saudi Arabia, according to Al Jazeera.  The ban was lifted by King Abdullah shortly before his death last year.  Yet, in spite of being allowed to do so, only 130,000 women registered to vote out of approx. 10.5 million adult women.

The vote is being hailed as a landmark for the ultra-conservative kingdom, which has come under increasing criticism for its human rights record. While welcoming the news, rights groups reiterated their objections to other restrictions imposed on women, including a driving ban.

Yet, in spite of this new freedom afforded to women some of the most basic things that we take for granted are not afforded to Saudi women, including buying a coffee on their own.  Others include:

Going anywhere without a chaperone 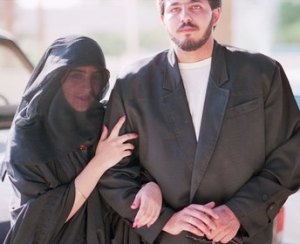 Saudi women need to be accompanied by a male guardian known as a ‘mahram’ whenever they leave the house. The guardian is often a male relative and will accompany women on all of their errands, including shopping trips and visits to the doctor.

Such practices are rooted in “conservative traditions and religious views that hold giving freedom of movement to women would make them vulnerable to sins,” according to The Guardian.  In one extreme case, a teenager reported that she had been gang-raped, but because she was not with a mahram when it occurred, she was punished by the court. The victim was given more lashes than one of her alleged rapists received, the Washington Post reported.

There is no official law that bans women from driving but deeply held religious beliefs prohibit it, with Saudi clerics arguing that female drivers “undermine social values”.

In 2011, a group of Saudi women organised the “Women2Drive” campaign that encouraged women to disregard the laws and post images and videos of themselves driving on social media to raise awareness of the issue in an attempt to force change. It was not a major success.

Saudi journalist Talal Alharbi says women should be allowed to drive but only to take their children to school or a family member to hospital. “Women should accept simple things“, he writes for Arab News. “This is a wise thing women could do at this stage. Being stubborn won’t support their cause.”  I should add that Saudi Arabia is the only country on earth that still bans female drivers.

Wear clothes or make-up that “show off their beauty” 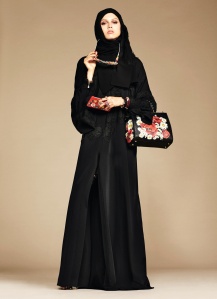 Famed designers Dolce & Gabbana even have a abaya and hijab collection. We kid you not (Credit: Style.com/Arabia)

The dress code for women is governed by a strict interpretation of Islamic law and is enforced to varying degrees across the country. The majority of women are forced to wear an abaya – a long black cloak – and a head scarf. The face does not necessarily need to be covered, “much to the chagrin of some hardliners,” says The Economist. But this does not stop the religious police from harassing women for exposing too much flesh or wearing too much makeup.

The dress code was extended to all female television presenters earlier this year. The king’s advisory body, the Shoura Council, ruled that the women should wear “modest” clothes that do not “show off their beauty”.

Women are required to limit the amount of time spent with men they are not related to. The majority of public buildings including offices, banks and universities have separate entrances for men and women, the Daily Telegraph reports. Public transportation, parks, beaches and amusement parks are also segregated in most parts of the country. Unlawful mixing will lead to criminal charges being brought against both parties, but women typically face harsher punishment.

Go for a swim

The Luthan Hotel pool in Riyadah, a women’s only facility that seems to not be catching on. (Credit: Luthan Hotel)

Reuters correspondent Arlene Getz describes her experience of trying to use the gym and pool at an upmarket Riyadh hotel: “As a woman, I wasn’t even allowed to look at them (‘there are men in swimsuits there,’ a hotel staffer told me with horror) — let alone use them.”  The Luthan Hotel and Spa in Riyadah is a women’s only hotel in the capital of Saudi Arabia, and it has a pool – the one wonders how they are supposed to use it if men must accompany them?

American-born Sarah Attar, a female runner from Saudi Arabia, was one of only 4 women allowed to compete by the Kingdom in the Rio Olympics.   She finished second-to-last in the women’s marathon (Credit: Yahoo! Sports)

Earlier this year, Saudi Arabia proposed hosting an Olympic Games without women. “Our society can be very conservative,” said Prince Fahad bin Jalawi al-Saud, a consultant to the Saudi Olympic Committee. “It has a hard time accepting that women can compete in sports.”

When Saudi Arabia sent its female athletes to the London games for the first time in 2012, hard-line clerics denounced the women as “prostitutes”. While they were allowed to compete, they had to be accompanied by a male guardian and wear a “Sharia-compliant” sports kit that covered their hair.  Sarah Attar, an American-born athlete, competed for Saudi Arabia in the Games.  Though she came in dead last, she was given a standing ovation by the giant crowd in the London stadium.

Try on clothes when shopping

“The mere thought of a disrobed woman behind a dressing-room door is apparently too much for men to handle,” says Vanity Fair writer Maureen Dowd in ‘A Girl’s Guide to Saudi Arabia‘.

Other more unusual restrictions include:

It’s a religious obligation.  So therefore, it’s true of Muslims worldwide, and means that a mother cannot grieve the loss of a child or a wife over her husband’s death or a daughter over the death of her parents.  How totally STUPID Islam is. 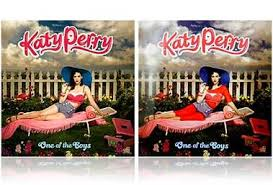 Katy Perry’s record breaking album had her all covered up in Saudi Arabia! (Credit: UNSW Wikispaces)

Again, not so nonsensical – they give a very negative body image to our young girls anyway.  Maybe they should be banned worldwide.  Though according to USA Today, there is now a Hijarbie.  Good god.  Now she comes in two great varieties – the body-image impossibility that sends millions of young girls into eating disorder hell- or the new sexist, overly-repressive Muslim version that teaches young girls that bondage is pretty.

This is truly the dumbest idea ever.