The Insanity of a God-Free World

Often today on Quora.com, the question and answer website, I see (and am asked) many questions about why God is absent from the greatest crises of all time.  Where was He during the Holocaust, during this school shooting or that terrorist attack?  Why doesn’t he stop mankind from doing the insane things we do.

I’m tired of it.  If I’m the only one on that site that bothers to stand up for God’s honour – so be it.  I will not allow Him to be blamed for man’s stupidity any further.  Here’s my response to one of those Quora questions. 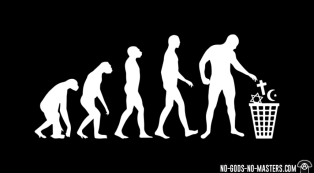 Society today thinks it is more “progressive” because it has defied God and pushed Him out of our society – not realizing that “progressive” is ironically also a medically defined development stage of CANCER as well.

And a great cancer is now indeed sweeping across our society, eating away at what was good and what was right and what was just and what was decent and orderly. And we replaced it with chaos and anarchy and lifted up those things as if they were somehow a byproduct of a better world – we were “throwing off the old” and putting on the new, not realizing the new was evil and turmoil and death.

We are now reaping the results of what we have sown – mankind has walked away from God particularly in the Western world, and that society is now seeing the end result. That’s not God’s fault – we’re in a period where He will allow society to reject Him – at least for a little while longer – and to choose our own path.

God is always waiting patiently to be welcomed back into our society and to help change us and save us and redeem us and change our way of thinking. But we can’t be blaming God for something that we have told him we don’t want Him to have control over anymore.

God is a gentleman, and he’s not going to force himself on people at the moment. But someday soon He will come in judgement on this earth that He has created and He will set everything right that is going haywire. 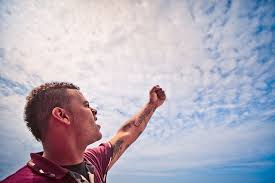 Until that happens, however, perhaps mankind should best look at themselves and how they created this turmoil and chaos and how they themselves can get out of it. Stop shaking your fist at a holy God who had nothing to do with your decisions in the first place, who does not force you currently to do His will against your own.

However, doing the will of God is to the benefit of the person doing it because it is designed for your protection, safety, happiness, and security. Rather than seeing God as some evil overlord that demands we follow some silly outdated rules and ideals, perhaps we should take a look and see how much those rules protect us from harm, from sickness, from sorrow, from fear, even from death itself.

For example, the Old Testament says that mankind should not covet his neighbour’s wife. In the New Testament, Jesus didn’t erase the law, he actually added to it by saying not to even think about those things – putting a fence around the sins of the Old Testament – a further barrier you would first have to cross before you could physically commit the sin.

“Coveting your neighbour’s wife… or husband” will eventually result in the sinful actions of adultery, which can bring divorce, sexually transmitted disease, and sometimes even death and murder or suicide because of the resulting broken family. All that could’ve been avoided if we just follow the Commandments as outlined – they were created to protect you, give you peace and happiness and real freedom. 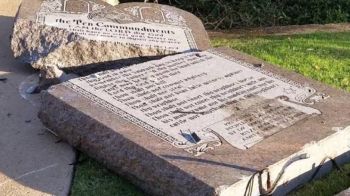 But mankind looks at those Commandments and the laws of the Bible and says “oh that’s what’s holding me back, that’s just keeping me down, that’s just stopping me from being what I really could be.” That’s the spirit of a rebellious prodigal mind that says that.

And when that person goes and commit those crimes or sins and pays the resulting price for it, then they blame God for bringing in on them? Sorry, you can’t have it both ways – you can’t disobey God’s laws and then blame Him for the results that come on you.

We look at all of the terrible school shootings and other crimes that take place across America and Canada and other parts of the world today, and we shake our heads and we say “where was God in the midst of all this? Why did He allow this to happen?” And we dare to question why God didn’t do something about the situations. 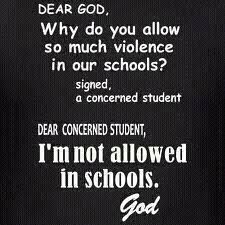 Forgetting that the Western world legislated prayer out of public schools years ago, demanded that the 10 Commandments be taken down from the walls of the classrooms and courtrooms and government buildings.

God and creation were replaced by atheism and evolution in the science classroom; homosexuality, transgenderism, and promiscuous sexual activity were discussed in the health classroom. And through it all, western culture and western ideals, founded on the Bible, were no longer taught in our schools, but atheism, agnosticism, socialism, communism, radical feminism, Islam, Buddhism, New Age thought, and other religions are welcomed – all to the related exclusion of Christianity specifically at the same time.

This was not a mistake, a coincidence or an accident, this is part of a Satanic agenda to destroy our civilization – the last great society on earth that spread the gospel of Jesus Christ around the world more than any other in human history.

Because Satan absolutely hates your guts.

You see, God didn’t have a plan to rescue fallen angels from sin when they rebelled against God. Jesus didn’t die on the Cross in order for Satan and his fallen demons to be restituted. He’s done. He’s been thrown out of heaven for good. And Hell was created as his final home, not ours.

And Satan watched as the Son of God died on the cross to save all of mankind from their sins – a created being that the Devil considers to be far less valuable than he himself was. And he will now destroy us with fervency Because God loves us. Because Jesus died for us. Because we have hope and a future in heaven with Him.

And Satan will never step foot in Heaven again.

Do you want to know why our schools are becoming hell on earth? Because we’ve fired the only Security Guard who really could protect our schools against harm – the God of the Bible, who flung the stars into space and who created every living thing on this planet, including you – He has been told to get out of the classroom and is now standing outside the door of the school waiting to be let back in. 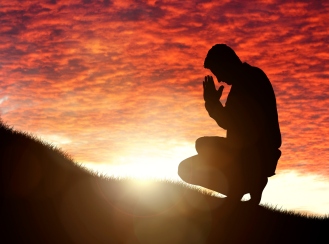 Perhaps it’s time for mankind to look within himself how far we’ve gotten away from God and how much society has fallen apart as a result. Without the help of God and a changed heart and mind, a changed world for the better is never going to be possible.

The definition of insanity is doing the same thing twice, and expecting a different result.

By Shawn Jorgensen,  Founding Editor
Calling Out Community
Posted: January 24, 2019
[God’s Got A Plan For You!]