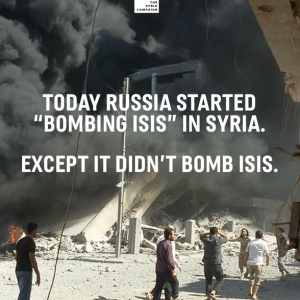 Mother Bear Pawed Through Syria – Why?

Russia marched and flew into the Syrian Civil War, set up shop and started bombing the heck out of ‘someone’, ‘somewhere’ and they then packed up, stating they had accomplished ‘something’.  Are we ever going to know what at least ‘some’ of those facts are? Update: June 26, 2016 […]

📓 The World Weeps Over Syria

by Calling Out Community, Posted April 17, 2015 Holocaust.  The very word itself causes us to bow our hearts and our heads, both in prayer and in horror.  The origins of the word itself (from the Greek ὁλόκαυστος holókaustos: hólos, “whole” and kaustós, “burnt”) conjure up horrific images […]