What I DON’T Think About Israel – Part 3

Israel Is Forever: Special feature to the Calling Out Community, Posted January 20, 2016.

Let’s get real for a moment – my personal views on Israel have no correlation to the following statement:

Jews Are NOT “Christ-Killers”
Theologically and practically, the Jews did not kill Jesus.

However, let me hit the nail on the head a little harder – to believe otherwise is just plain ideological. Nah, let’s really show our cards – anyone who claims to be a student of theology or history is actually just a plain old STUPID anti-Semitic racist to call the Jews “Christ-killers”.

First of all, friends, Jesus died of his own free will.  You cannot kill God even if He was also 100% man.  The Bible says Jesus “gave up the ghost” (John 19:30, King James Version). No one took his life from Him, He gave it up because He loved us. Full-stop. Period.

Theologically, to be blunt: it was your sin and mine that nailed Him there – that had Him agonize there. YOU put Him there. MY SIN made him writhe around in pain there.  And He could have called even 10,000 angels to deliver Him had He felt that necessary or desired – in fact Revelation 5:11 says there are at least “10,000 times 10,000” – or 100 million angels – that still reside in Heaven.  No one had Jesus “over a barrel”.

He died on purpose, after being betrayed by one follower (Judas) and denied 3 times by another (Peter) – yes, both being Jews. But this latter Jew, Jesus said, was going to be THE leader that built His Church and even Hell itself wouldn’t/couldn’t stand in Peter’s way. So pretty tough to argue theologically that the Jews killed Jesus, or that their involvement in his death somehow disqualified them from His interest. Jesus, after all, named a Jew as the Head of the early Church.

Politically and practically, again let’s get real – the Jews of the day had no political, judicial or military power. They could not have put Jesus to death if they had wanted to – they had no legal or judicial authority. If they had, it’s pretty likely they wouldn’t have brought him before a clearly unconvinced (and possibly irritated) Pontius Pilate, the Roman prefect of the equally Roman province of Judea, in the middle of the night to get his ruling. The Jews hated the Romans more than they ever did Jesus.

May I also remind you that Roman nails were pounded into Jesus’ hands and feet – as if the conquering Romans would be caught dead using inferior “local” supplies. It was also a Roman spear that was thrust in Jesus’ side, and hours before, 39 Roman whiplashes with a Roman cat-o-nine-tails that ripped his back to shreds (40 was the death penalty).

A deeply-injuring crown made of 6″ thorns was crafted by Roman hands and pushed deeply into His head by mocking Roman soldiers.  Roman soldiers also punched him, ripped out his beard, sold his clothes and gave him vinegar to drink when He was thirsty.  And the form of execution used was called crucifixion, a solely Roman invention.

Yes, Jewish leaders called for Him to die, but the whole city at that time had turned against Him – many would have been from other cultures and races as well. And at the point of his death – the only people left to witness it were two Jewish women. Jewish believers in Jesus took Him down before Sabbath, wrapped Him in burial robes and had Him buried in the “borrowed” tomb of Joseph of Arimethea.

Borrowed…a grave? Why? Did these Jewish followers of Jesus maybe believe that He wasn’t going to need it for long?

Let’s also not forget – two Jewish women (Jesus’ mom and Mary Magdalene) were the first visitors to Jesus’ tomb, and those same two Jewish ladies were the first to be given the angel Gabriel’s earth-shaking news that “He is not here, He is risen“.  Jesus then appeared at once to as many as 500 people after His resurrection – all Jews – who had chosen to follow Him. 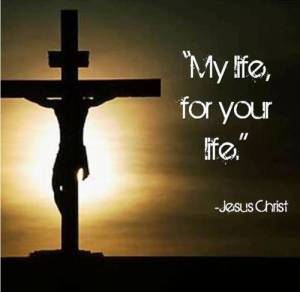 So friend, with all due respect, regardless of your personal beliefs about Israel or the Jews today, the whole “Christ-killer” insult just makes you look like a raging pinhead. You and I killed Him. He came because “all have sinned and come short if the glory of God”. To summarize: Jesus (himself a Jew by both race and religion growing up) died, not merely at the hands of one race – but for the sins of all of them.

Today, even most non-hostile or even “supportive” Christian pulpits barely speak about Israel – it’s like She doesn’t really exist, or their pastors are embarrassed by Her or don’t hold much credence or importance to her value to the Church or the world. Well, I am afraid I probably wont agree with most of these pastors on the topic of Israel, so their silence on the subject doesn’t remote concern me – I doubt I’d ever be caught dead in most of those churches anyway.  So don’t bother inviting me.

You see, in the midst of everything I have just said about what I do not believe or think about Israel, and in the midst of all that negative press that Israel gets today…

…When I hear the name ‘Israel’ in the news, my heart jumps a bit, because they are talking about my best friend . OH WAIT, you assumed that because I was not a “fan” or “supporter” of Israel that I didn’t like her? Ah yes, easy conclusion to come to in this day and age – if you are also a deranged, looney leftwing jackass. You might want to go back and read it all again, because this Prairie boy from Canada, that never met a Jew until he was about 38 years old and has never been to Israel, is absolutely, unquestionably, madly, insanely, totally and devotely IN LOVE WITH ISRAEL AND THE JEWISH PEOPLE.

Those closest to me have learned quickly that to ignorantly (or intentionally) bad-mouth Israel’s actions, intentions, motivations and character in my presence and/or in my home is the best way I can think of to be shown the door. Yes, I have quite literally and actually thrown a person out of my home for continuously berating Israel.  In my defence he was warned. I have even thrown half-eaten carrots at the TV when CNN smeared Her name in the mud with lies and endless stupidity.

I have referred to President Barack Obama often by the moniker “that idiot” when he felt it more important to be buddies with the imperialist Islamic Republic of Iran than with our best friend, the State of Israel.  And when he said he was “the closest thing to a Jew” that the White House had ever seen, after he had just snubbed the Israeli Prime Minister’s recent historic speech to Congress, I unloaded both barrels in this blog about it. No sir, “Osama bin Obama”, how dare you mock my beloved Israel and her Prime Minister Netanyahu – who’s IQ is double your own. You are a ridiculous fraud that brings shame to your office.

All the more reason why I felt it necessary to write this post today – and make no apologies for the fact that I am totally, singularly, openly, completely, eternally, logically, spiritually, emotionally and intellectually IN LOVE WITH Israel, the Jewish people and the Jewish state itself.

When I was a child I had a similar love for the mythical land of “Narnia” and it’s lion leader “Aslan” from C.S. Lewis’ the Chronicles of Narnia. Narnia and Israel share a similar allegorical foundation for the Christian believer – they both represent the spiritual Kingdom of God, the Church and/or Body of Jesus Christ.  The difference being, of course, that Israel actually exists.

From those allegories, I’ve learned that, from God’s perspective, it’s Ok to be in love with Israel – because GOD IS IN LOVE WITH HER TOO. My love for Israel has grown incredibly deep over the last 5 years particularly – and the last 18 months specifically – solely independent of any outside voices or influences in my life.   I have merely been paying attention to Israel Herself, and her actions, and She has won my heart.

I’ll even go so far as to throw out this radical statement – I would not think twice about taking up actual arms and going to war for Her, should Her survival ever be threatened. I cannot imagine a more noble death than dying to protect Her freedom and ensure Her survival.

I am not ashamed to confess it. I have logically thought through my thoughts and feelings. I have not been whipped up by the evangelical fervor of some travelling “flavor of the week” TV evangelist road show. Israel has shown Her own true character in bits and pieces through various means, and I began collecting them. Now I have gathered together these reasons why the Jewish people and the State of Israel are so critically important to me into a 4th posting in this series, Why I Am MADLY IN LOVE With Israel. I hope and pray you will open your heart and mind to Her – let Her show you who She is, and you will grow to love Her too.

The world grows more hostile toward Israel everyday and I grow more defensive of Her and protective of Her daily as well. The previous generation did not stand up in the defence of the Jewish race, partly due to fear, partly due to an innocent belief that such a horror was not possible, and partly due to being an active participant in the atrocities of the Holocaust. In 2015, we are under no such illusions. Evil exists when good and decent folks do nothing.

I refuse to make that my epitaph. I will not allow future generations to say that about me. I will give the remainder of my life to defend Her, love Her, support Her, encourage Her and as needed, protect Her and die for Her if necessary.  I know that million of Christians have had the same love affair with Her. I’m not jealous, I’m happy to brag Her up in hopes YOU WILL FALL IN LOVE WITH HER TOO. This is a sovereign move of God as He shows the world that She is still the Apple of His eye and the timepiece of history. Open your heart. Pay attention. She will speak to you to you too.

Get Caught Up – Read All About It:

LATER THIS WEEK:  The start of a new series:
100 REASONS WHY I AM MADLY IN LOVE WITH ISRAEL