What I DON’T Think About Israel – Part 2

Israel Is Forever: Special feature to the Calling Out Community, Posted January 19, 2016.

Along with all the nonsense in the media today about Israel, there are some pretty fundamental beliefs about Israel and the Jews that I hear from major Christian pulpits as well – even sometimes from Jews themselves – and I just do not, will not or can not agree with some of it.

I’ve decided that it’s time to set the record straight. No more grey areas – I want everyone to know exactly where I stand, and to stop propagating some of the “phony baloney” I hear all the time.

Warning: many will find this to be highly controversial. However, please read right through to the end, as I believe it will put things into proper perspective for you. I might even win some of you over along the way. 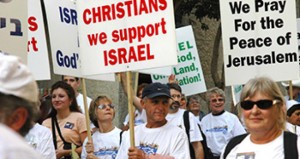 Of course I would like this posting to find camaraderie or kinship with at least some of my readership today, but my opinion won’t be swayed even if everyone that reads this posting sends comments through WordPress (or notes written in red Crayon or fashioned with the cut-out words from 20 magazines) to call me an idiot, an opportunist, brain-washed, uneducated or deceived.  You will not be able to ridicule or shame me into changing my mind, so don’t expend the energy trying.

I will start by first saying that I do not merely like Israel.  I do not just “appreciate” Israel. I am not only “friendly toward” Israel. I do not have a “healthy respect” for Israel. I do not simply “stand with” Israel, nor do I feel I can categorize it as “support” for Her, as some better Christians than I innocently state. I do not even “follow Israel with interest” in the media. 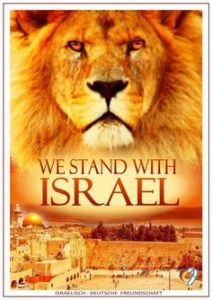 I also do not cling to the Biblical passage that tells us to “pray for the peace of Jerusalem” (Psalm 122:6).  In my opinion, that’s a pretty myopic, narrow-minded viewpoint. In fact, when people tell me that, I’m suspicious of their motives, as it sounds more like they are doing the absolute bare minimum possible in order to obey God without actually having to LIKE it.

Jerusalem is without a doubt Israel. But Israel is much more than Jerusalem. And if one were to pray for someone they cared about – dare I say, that they loved – would they really stop at praying just for her peace? Would a fan or supporter of Israel not believe that prayer for the following things for Her would also be wise, if they have watched even the smallest amount of media coverage about Her: 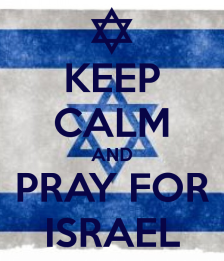 protection, comfort, wisdom, physical health, government and leaders, success, strength, victory over her enemies, deliverance from fear and worry, military self-control, wisdom in finances, entrepreneurial spirit, inventive mindset, favorable harvests, influence and favor amongst other nations, and protection from the schemes and devices of evil people

…to name a few items.

Yah, there’s a lot more that Israel needs you to bring before God than just Her peace – though that would be great and very welcome sight as well. However, I believe She can’t really have peace as long as the other items I’ve mentioned are threatened – so perhaps the Psalmist was actually asking a lot more from the believer than it seems on the surface, and/or more than some believers are willing to do? 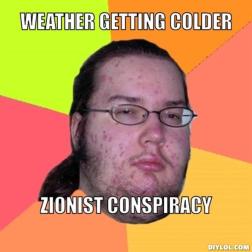 This is why I am not some “fan” of Israel – because I see the high price that needs to be paid for stating support of Her.  I have not been influenced by Christian bumper sticker theology, nor am I part of some radicalized right-wing political rallying cry for Her. I am not a schemer or puppet of some global Zionist conspiracy to conquer the world, nor unwillingly or unknowingly a mouthpiece for some Semitic propaganda. I am not a Messianic Jew. I have never yet even visited Israel, though I would practically give my right arm to do so.

I had no Jewish friends growing up, and though I’ve had some in my various careers, I currently have none today. I attend a very large surburban Christian evangelical church (Canada’s second largest) with a weekly attendance of over 4,500 – and I have no idea what their official position is on Israel, because it’s never vocalized.  I receive no financial compensation of any kind from any Jews anywhere for any reason.

I was not “brainwashed” to love Israel by my parents as a child either. They taught us that Israel was the “Apple of God’s eye” and we always were taught to appreciate and respect the Jewish people, but they never pushed an overly aggressive belief system regarding the Jewish state in my home. In fact, I do not believe I even met a Jew or socialized with one in any capacity until I was in my mid-30s – long after most personal philosophies about the world are long since cemented into our characters. 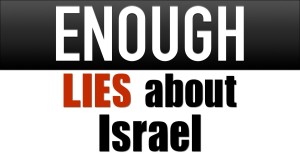 I have been a news junkie since CNN first gave us the 24-hour talking head back in the 1980s, and all I hear is that Israel is a bully, a war criminal, a sadistic invader of its neighbours and brutal oppressor of the Palestinian people. I have even heard some mainline Christian churches expound the same belief.  So clearly, were I to become a cheerleader for Israel, I would be swimming hard and fast upstream. It certainly would not be criticized as jumping on some popular bandwagon or doing the politically correct (PC) thing, nor is this some fad or phase, or some “movement” or group I have recently joined.

There were even non-denominational charismatic churches I attended as a young adult who preached a form of “replacement theology” – that Israel’s position with God has been usurped or replaced by the Body of Christ – some going as far as to say that Jews’ rejection of Jesus as Messiah has put them into some divine “dog house”.  I’ve even heard some make the suggestion that the Jews were “Christ-killers”.

Let me say flat out that this theology is erroneous at best, stating from a theological perspective, and evil at worst. I know what I’m talking about, having graduated with honours after 5 years of full-time study with a Bachelor of Theology and a Bachelor of Education.  And I’ll counter that by stating categorically that I believe my viewpoint in Israel would be considered perhaps extreme by even some of my professors – and though they were quite influential in my life, I can say without hesitation that not one of them has led me to believe as I do about Israel today. In fact, I’m confident that I would make some of them at this very conservative evangelical College located within Canada’s “Bible Belt” very uncomfortable. And I’m totally OK WITH THAT.

Get Caught Up – Read All About It:

What I DO Not Believe About Israel – Part 3
Were the Jews “Christ-killers”?