The unfolding story in the tiny Western African nation of Angola on November 22, 2013 barely registered even a blip on the radar of most Western media outlets.

Of course, the messaging on that date was dominated by the Americans, as they marked the somber 50th anniversary of the assassination in Dallas, Texas of the now eternally-young President John F. Kennedy.

It was understandable that CNN, FoxNews and the three major networks (ABC, CBS and NBC) were all distracted.  It was also highly unfortunate, because the implications of this secondary news story that day are staggering.  They could be monumental.  Possibly even revolutionary.

It was British newspaper The Guardian that broke the story that:

“…Angola has become the first country in the world to ban Islam and Muslims, taking first measures by destroying mosques in the country”, citing several Angolan newspapers.

I’ll let you read that again, slowly.  It was not a misprint.  Ladies and gentleman, for the first time possibly since the Crusades  began 1,000 years ago, a nation has had the political backbone (and courage of its convictions) to stand up to radical (and even moderate) Islam in all its forms, look at them square in the eye, and legally ban Islam from functioning in any capacity within its borders.  It has even succeeded at destroying their houses of worship, with evidence of at least 8 mosques being bulldozed, according to several sources.

The specific targeting of Muslim mosques isn’t surprising today, as the backlash against radical Islam gains strength – with their “houses of worship” often seen as hotbeds of radical Islamists.

You’ll recall we reported last year how Cuba refused to give permission for the the building of its first national mosque.  At almost the exact same time, however,the Communist regime under the Castros loosened restrictions on Christianity: Catholics have permission to build their first church in Cuba in 55 years.

President Raul Castro also welcomed Pope Francis to Havana on Septemer 21, 2015 and hosted an open air mass attended by hundreds of thousands of Cubans.  President Castro even stated to the press after the Pontiff left the country:

If the Pope continues talking like this, I may return to the church and start praying again.  I’m not joking.” 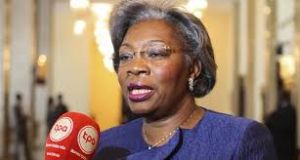 What Angola has done is not unheard of – it’s just much bolder, considering that Islamic infrastructure was already in place and was subsequently dismantled.  Angola newspapers quoted their Minister of Culture, Rosa Cruz de Silva as saying, “The process of legalization of Islam has not been approved by the Ministry of Justice and Human rights, their mosques would be closed until further notice.”

One could certainly see the rationale for their actions.  The Portuguese Empire, the world’s first global empire, conquered and began to rule Angola in 1482 – a full 10 years before Columbus had even discovered America!  It was a shameful, abusive reign – for nearly 400 years after, many Angolans were sold into slavery and sent to work in Portugal’s sugar plantations in Brazil, also part of that Empire.  This abominable slave trade continued until the 20th Century. 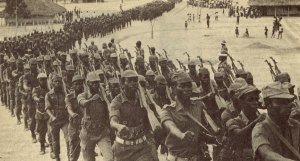 In 1961, two separate factions of Angolans, sick of Portugal’s abuse, declared a War of Independence from them. After 14 years of fighting, Portugal granted them their freedom in November 1975.

However that same month,  the two Angolan military factions declared war on each other, to determine who would govern the country.  Soon it became a widespread war with Cuba, China, Russia, the United States and South Africa all playing an indirect part.  That war would last another 27 years, killing over 15,000 troops and more than 500,000 civilians, and ending in 2002 – just as the global war on terror against Islamic extremists began.

The country is tired of war, tired of conflict, tired of drama and strife – all the things that Islam seems to be so good at.  President José Eduardo dos Santos, in power for 34 years, the second-longest running head of state in Africa, reportedly told the Osun Defence daily: ‘This is the final end of Islamic influence in our country.’

Religious organisations are required to apply for legal recognition in Angola, which currently sanctions 83, all of them Christian. Last month the justice ministry rejected the applications of 194 organisations, including one from the Islamic community.

President dos Santos brought in the Constitution of the Republic of Angola (the country’s 3rd) in 2010…and religious freedoms were enshrined in it:

2. No-one may be discriminated against, privileged, deprived of any right or exempted from any duty on the basis of ancestry, sex, race, ethnicity, colour, disability, language, place of birth, religion, political, ideological or philosophical beliefs, level of education or economic, social or professional status. [Emphasis mine]

Yet, some belief that the Law was changed specifically to address the Islamic problem since then.  Under Angolan law, a religious group needs more than 100,000 members and to be present in 12 of the 18 provinces to gain legal status, giving them the right to construct schools and places of worship. There are an estimated 90,000 Muslims among Angola’s population of about 18 million – which automatically meant that they did not have the required population to be legally recognized. 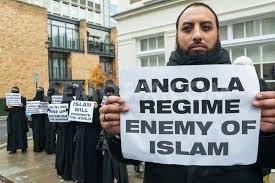 The Islamic Community of Angola (ICA) has claimed that, since that announcement by the government, 8 mosques were destroyed in the past two years and anyone who practised Islam risked being found guilty of disobeying Angola’s penal code.

Human rights activists have condemned the wide-ranging crackdown. “From what I have heard, Angola is the first country in the world that has decided to ban Islam,” said Elias Isaac, country director of the Open Society Initiative of Southern Africa (Osisa). “This is a crazy madness. The government is intolerant of any difference.”

Officials in the largely Catholic southern African nation insist that worldwide media reports of a “ban” on Islam are exaggerated and no places of worship are being targeted.  It clearly wants to stay on positive messaging for economic reasons so well – the UK has just named Angola as one of its five “high-level prosperity partners” in Africa and the two countries have a burgeoning trade relationship.

More power to thme. If only our Western leaders had the same backbone.