For decades, China’s government has tried to limit the size of Beijing, the capital, through draconian residency permits.

Now, according to a report in the New York Times, the government has embarked on an ambitious plan to make Beijing the center of a new supercity of 130 million people.

The planned megalopolis, a metropolitan area that would be about six times the size of New York City’s population, will cover an area larger than the entire state of Kansas, and is meant to revamp northern China’s economy and become a laboratory for modern urban growth.

“The supercity is the vanguard of economic reform. It reflects the senior leadership’s views on the need for integration, innovation and environmental protection.

The newly-created Jingjinji, also known as Jing-Jin-Ji or simply JJJ, will encompass the following cities as a new national capital region of China:3 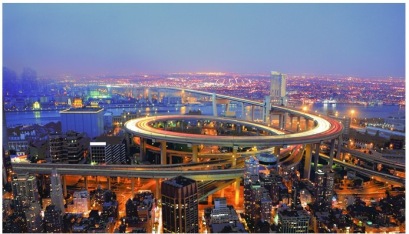 The Chinese central government has made it a priority to integrate all the cities in the Bohai Bay rim and foster economic development. This includes building an advanced communications network, better highways, increased education and scientific resources as well as tapping natural resources off the Bohai Rim.