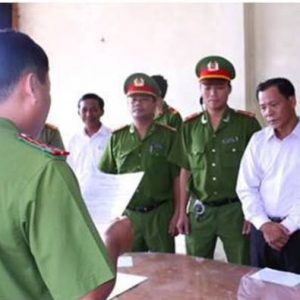 Church Crack Down In China

Tuidang.org, the official website of the “Quitting Chinese Communist Party” movement, reported last Sunday, September 25, 2016 that the State Council of the People’s Republic of China has drafted a new set of religious restrictions, to be officially enacted in early October. The restrictions aim to suppress all unofficial religious activities, including breaking up Christian house churches, silencing Tibetan and Xinjiang separatists and undermining the Vatican’s influence on Chinese Catholics.

Crosses being removed from Churches in China earlier in 2016. (Credit: BBC)

If one looks at Liberal mainline denominations within the Christian Church in North America today, they could be forgiven for thinking that the Church around the world is weak, compromising, and has lost influence on society.

Yet across the globe, the explosive growth of the Church is astonishing – in fact, according to the Pew Research Center survey in 2011, there were 2.18 billion Christians around the world in 2010, nearly four times as many as were recorded 100 years ago.  In 2015, Pew Research also estimated that in the next 35 years (by 2050), the Christian population is expected to be 2.9 billion, a stunning growth of more than 700 million people. Most of this growth can be seen in Protestant churches, which grew three times faster than the world’s population, and twice as fast as Islam.

There are two countries specifically where Church growth is so tremendous, they represent the highest concentration of Christian believers in world history  – in India and China. 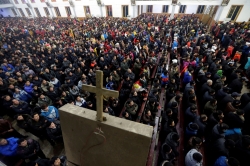 On March 26, 2016, as Easter celebrations were beginning across the globe, the BBC reported that for the first time since the Communist revolution in China in 1949, there are now more Christians in China than Communist Party members.

While they estimate that there are more than 100 million Christians in China, Charisma magazine states the number as high as 140 million people, with another 70 million in India.  Those national congregations are now growing so quickly, it is believed that those two countries alone will have 330 million Christians in the next 30 years. Friends, that’s the entire population of the United States, including children.

We rejoice in this miraculous revival taking place around the world.  But dark clouds now are gathering in China, and the Church there may soon face some of it’s darkest days.  Some strong indicators: 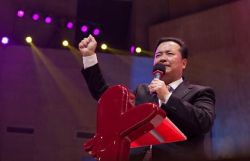 Joseph Gu, arrested for his faith.

At the end of January 2016, the pastor of China’s largest Protestant church, “Joseph” Gu was arrested after he publicly protested the government’s campaign to remove crosses from churches.  During this same time, his wife and several other family members went missing, yet to be heard from again. 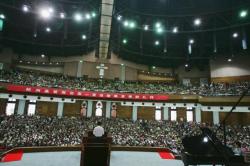 China’s greatest megachurch, with more than 10,000 attendees on a Sunday, is today without a pastor (courtesy: Chongyi Church)

Gu pastors a 10,000-member church that is part of the government’s officially sanctioned “Three-Self Patriotic Movement” (TSPM). Though the government claimed he was detained for “suspicions of economic issues, including embezzling money,” human rights advocates say Gu’s detention is part of a larger movement by China’s communist government to persecute Christian leaders who they perceive as a threat to the government’s power.  Pastor Gu He will be the highest-ranking national church leader arrested since the Cultural Revolution. 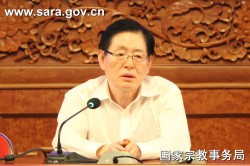 Now, in this announcement today, authorities released the Revised Draft of Regulations on Religious Affairs (To Be Approved) to the public to gather opinion. The draft will stop accepting suggestions on Oct. 7, at which point the Council will formally bring the document into effect.  Currently the draft, based on the previous Regulations on Religious Affairs, contains nine chapters and 74 articles. Some of the proposed articles include prohibitions on “organizing citizens to attend religious trainings, conferences and activities abroad,” “preaching, organizing religious activities, and establishing religious institutions or religious sites at schools,” and “providing religious services through the internet.” 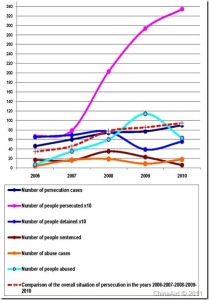 Revisions to the Regulations on Religious Affairs occur approximately every ten years, with new revisions appearing in both 1995 and 2006.

“Studying the newly revised Regulations on Religious Affairs, it is evident that the Party wants to take charge of religion,” a pastor named Zhou said. “The government wants to control everything, even the smallest aspects. One characteristic of this draft is the empowerment of local government bodies all the way down to the communities. This revision will further reduce the possibility of loosening religious control in China. It is becoming impossible.” 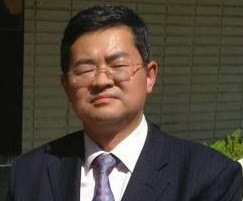 Gao Baosheng, the pastor of a U.S.-based Chinese church, wrote an article on the new revisions, titled, “The Alarming Changes in the Revised Draft of Regulations on Religious Freedom,” in which he stated: “We can see that the government is clenching tighter and tighter on Christianity, Catholicism, Buddhism and Islam. The laws are becoming more and more specific and detailed when suppressing Christian family churches [Editor’s note: “Family church” is another way of translating the word “house church.”], Catholicism, and all other underground religions. The revisions provide a powerful legal base for future suppression. The conditions of religious freedom in China are worsened for them. This draft will bring upon a religious winter so harsh that we must seek guidance from God.”

“Overall,” Gao said, “the Revised Draft of Regulations on Religious Affairs is [Chinese President] Xi Jinping’s attempt to further manage and suppress religions by taking advantage of the laws. By observing these changes in the Draft, we can tell that the government is imposing more control on major religions.”

May God protect the Church in China. 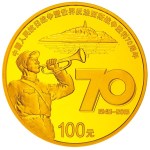