On November 28, 2016, the Canadian Broadcasting Corporation (CBC) came up with a bold new revenue concept – just ask the federal Liberal government for more money.  $400 million more, to be exact, so Mother Corp. wouldn’t have to face the gruesome task of having to sell ads. They want a funding model much like the one which the British Broadcasting System (BBC) currently enjoys with their Government.

We thought – what the heck, since they brought it up, let’s do a cost/benefit analysis of the CBC against some of its global public broadcasting colleagues, such as the BBC, America’s Public Broadcasting System (PBS) and National Public Radio (NPR), and the Australian Broadcasting Corporation, – just so we are truly well-informed.

Warning:  results may be offensive and cause irritation.  Some readers have reported headaches, blurred vision, heart palpitations, sleepless nights, angry talk around the office water cooler.  Serious side effects may include calling your Member of Parliament.  Ask your doctor whether thinking about the CBC is right for you.  Continue further at your own risk, viewer discretion is advised. 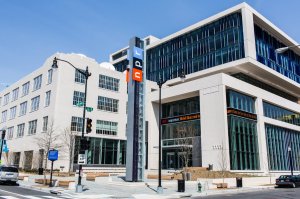 National Public Radio (NPR)  has a unique funding model that is probably not matchable in the world. As a result of a very large population base of over 300 million people and being located in a nation where many of the biggest corporate names in the world are located, their ability to gather corporate sponsorships, personal donations, and revenue through other business means, makes it difficult to compare them.

What is interesting, however, is that almost 10% of the country listens to them on a weekly basis. This is substantial considering how few listeners or viewers there might be on other public networks around the world – and considering the vast number of radio competitors in every market.

Their real competitive advantage, however, is not government grants or even corporate sponsorships, or their ability to grab large audiences, it’s the quality of their programming – and that’s recognised around the world.  At a time when every radio market probably in every major city has 20 or 30 different competitors on AM/FM – including significant talk radio for mass and the advent of satellite radio which is a growing competitor in the US, they are doing very well. 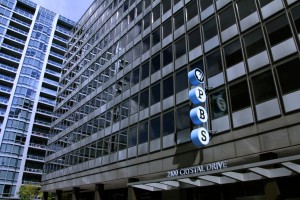 Founded in 1969, PBS is by far the world’s greatest public broadcasting entity and has been rated as the most trustworthy institution among nationally known organizations for 13 consecutive years in the United States. Its reach is staggering, with over 80% of Americans tuning in at some point over the year, and over 100 million regular viewers a month.  With millions of paying members, it’s by far the most loyal audience for any media network in America.  Thousands of Canadians are loyal, paid-up members as well.

Its influence on families is astounding – 71% of all kids age two to eight watched PBS during the 2014-’15 season,  (Nielsen NPower, 9/22/2014-9/20/2015) including global powerhouse Sesame Street, the number #1 children’s programming on Earth. Now into its 46th year on PBS, 95% of American kids have watched an episode before they turn 3.  The winner of 169 Emmy and 8 Grammy awards also has an adult alumni of over 77 million Americans and viewers in 120 other nations.

PBS LearningMedia, a partnership of PBS and WGBH Educational Foundation, is a media-on-demand service offering educators access to the best of public media and delivers research-based, classroom-ready digital learning experiences. Over 1.8 million registered educators have access to more than 120,000 curriculum-aligned digital resources from over 205 trusted media partners, impacting an estimated 40 million students nationwide. 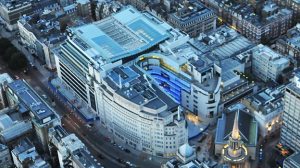 The British Broadcasting Corporation (BBC), headquartered at Broadcasting House in London, is the world’s oldest national broadcasting organisation and the largest broadcaster in the world by number of employees, with over 20,950 full and part-time staff around the world.  Its news division continues to be the #1 most retweeted in the world.
The BBC was created under Royal Charter and has a funding model unique in the broadcasting world – a television licence, costing £145.50 per year ($232.50 CA) per household since April 2010, legally required by every home and business to receive broadcast television across the UK, the Channel Islands and the Isle of Man.  Over £1 billion was used to build their new Broadcasting House, which was renovated and re-opened by Queen Elizabeth II  in 2006.

As they have a direct responsibility to the people of Britain for the money collected by this fee, the BBC has embarked on a miraculous transformation in the last few years.  They have continued to reduce the number of senior managers and their cost – £78.5 million on August 1, 2009, to £47.0 million in 2016.  The total number of senior managers is 356, 45 fewer than last year and 279 fewer than 2009.

Around a quarter of BBC revenues come from its commercial arm BBC Worldwide Ltd, which sells BBC programmes and services internationally and also distributes the BBC’s international 24-hour English-language news services BBC World News, and from BBC.com, provided by BBC Global News Ltd.  Because of the BBC’s incredible quest for delivering quality programming, they are able to sell their programs to individuals as well, through the BBC Store online, which has over 7,000 hours of programming available for sale.  The BBC is seen as THE English language service for the entire world, thus why they have a substantially higher budget than if they were just within the UK.

Their US offshoot BBC America is one of 11 international channels that they oversee worldwide.  They also have headquarters buildings in Scotland and Wales but have reduced their overall costs for building maintenance substantially over the years.  They also have set a cap of no more than 15% spent on on-screen talent (actors, news anchors, etc.), and have so far kept on budget with that.  They truly are one of the most well-managed broadcasting systems in the world, in spite of their incredible size.

ABC (Australian Broadcasting Corporation) is another unique entity in the world, in that the government of Australia owns and controls the company.  The ABC is funded mainly by the Australian government, in addition to some revenue received from its retail outlets, which are now closing.

Until 1948, the ABC was funded directly by radio licence fees; amendments were also made to the Australian Broadcasting Act that meant the ABC would receive its funding directly from the federal government. Licence fees remained until 1973 when they were abolished by the Whitlam Labor government, on the basis that the near-universality of television and radio services meant that public funding was a fairer method of providing revenue for government-owned radio and television broadcasters.

The term “where your 8 cents a day goes”, coined in the late 1980s during funding negotiations, is often used in reference to the services provided by the ABC. It is estimated that the cost of the ABC per head of population per day is over 14 cents per day today.

Possible Reach:  36.29 million
Actual Reach:  35.5 million, based on 98% of homes having access
Number of Stations: 92 radio, 19 television, as well as 1 Documentary channel.  They also own 40% of the Sirius satellite radio system.

UPDATE – March 2017:  Note:  In March 2017, the federal government announced an additional $75 million in 2016-2017 and $150 million per year on an ongoing basis.  The plan is to use the funds for creating new content and making it more accessible.  In other words, they DID NOT GET the $400 million they asked for, as mentioned in our preamble, and advertising revenue is very much required.  The fact that this advertising revenue is down this year by $80 million should be a cause for concern for all Canadian taxpayers.

However, without a doubt the Canadian taxpayer is on the hook for a staggering amount, surpassed only by that of the Australian Broadcasting Corporation.  PBS and NPR both have very strong corporate connections, which they can boast because of their quality programming.  Unfortunately, the CBC is funded in such a way that the programming doesn’t have to be quality, and often I believe it is trying to be all things to all people, and doing a poor job overall of it.  More than $1 billion is used to support programming that would never be a commercial success in any form.

Many, including me, believe that CBC should sink or swim based on its own programming merits, as do all the other channels in Canada.  They have an unfair advantage in the marketplace, and even with that unfair advantage, they managed to lose $80 million in advertising revenue this year somehow – 22% of their advertising revenue.  That is the canary in the coal mine here – and Canadians should be very concerned.  Where have these advertisers gone and why?  That’s atrocious.

CBC has had some successes.  From 2015-2016, almost 15 million Canadians used CBC/Radio-Canada’s digital sites every month – more than half of them through their mobile devices.  And that number has increased by 3 million in the past year alone.

CBC also will be pouring taxpayer dollars into incredibly risky coverage of Olympics Games, including the Beijing 2022 Olympic Winter Games and the 2024 Olympic Games. Granted, they have had incredible success of late.  For example, the Sochi 2014 Olympic Winter Games on CBC were the most-watched Olympics in history to that point.  CBC hoped to build on that success together with their broadcast partners from Bell Media and Rogers Media for the Rio 2016 Olympic Games. That gamble was truly an outstanding success:

The same could not be said for NBC Sports.  Over 15 days of competition, NBC’s Olympics coverage averaged 27.5 million viewers across all platforms, including digital streaming — down 9% from 2012. But traditional TV ratings told a far grimmer story, one that began with Nielsen numbers that showed viewership for the Aug. 5 Opening Ceremony decline 28% from London.

And when CBC gambles with taxpayer dollars that they will have success broadcasting an Olympic Games, if you’re hoping to know how much our national broadcaster is paying for the privilege to show the games, you’re out of luck.  Reporters at Global News put in a Freedom of Information request asking for the total cost of buying the rights to the games.  What they got back was 162 heavily redacted pages with a brief explanation of why they wouldn’t share the information.

“The response cited several reasons for the redactions under the Information Act: trade secrets; something that could compromise a government institution’s competitive position or contract negotiations; something a third party deems confidential; ongoing consultations; and anything relating to the CBC’s ‘journalistic, creative or programming activities, other than information that relates to its general administration.'”

That’s frightening.  This is the same broadcaster that lost 22% of its advertising revenue last year.