The Fight… On The Right

We’re often told today that “social conservatism is dead” in Canada, and that “the Right can’t win an election anywhere today.”

That wasn’t true when we had that “scary” social Christian, Andrew Scheer, as the leader.

But without a miracle, Red Tories likely will fail, us,  They could even lose all of the seats they gained in 2019.  And we will return to the wilderness as conservatives, with the Right vote split forever.

And the Liberals will rule without hindrance.  Forever. 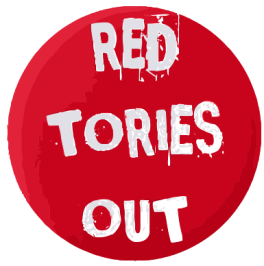 The progressive Left was warned by Trudeau recently that Conservatives could still form government in 2021, if the Left splits their vote, allowing Conservatives to come up the middle in various ridings.

But Trudeau shouldn’t be so concerned.

Maxime Bernier and the People’s Party of Canada are going to split the vote on the Right, allowing Liberals to win key ridings they normally could only dream of winning.  PPC supporters know that they will do this.  And they don’t care.  That’s how much they hate the Red Tories..

Liberal ridings will spring up in the Conservative heartland of Alberta, for example.

And when that happens, Red Tories, we will be out forYOUR blood.

Does the Right in Canada have no short-term memories of Reform Party/Canadian Alliance days, when we never had a chance of forming government?

In 2019, Conservative Party leader Andrew Scheernearly  led the Party to total victory.  But you Red Tory shmucks painted it as a defeat.  Let’s look at the FACTS.

Andrew Scheer had the:

Scheer took Conservative seats from 95 to 121 seats, adding 26 more
Scheer also won the popular vote over the Liberals in 2019, by 220,499 votes.
Scheer reduced Liberals to the smallest minority government by the number of seats in Canadian history.

And you fired him for it.

You Red Tories took over the Party, elected this dimwit O’Toole – and now, the PPC has been emboldened by his idiotic statements about being pro-choice, etc.  The PPC is poised to rob the Conservatives of this upcoming election, by splitting the vote on the right, sending Justin Trudeau back into office.

All this because Conservative Party brass felt Scheer didn’t do a good job? 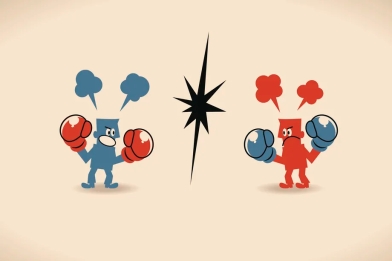 Explain how this is better.   These Red Tories practically guarantee that they alienate social conservatives like me, and cause us to bleed away to the People’s Party.  If we lose this election, even more voters will bleed away, and we will never have a Conservative government again, should the PPC take significant hold.

Conservatives are not comfortable being conservative – even when Andrew Scheer proved that a social conservative was not only electable, but he technically WON the election in 2019?

Maybe it’s time for you Red Tory jackasses go to the Liberal Party.
You’d be more comfortable there.

I am now convinced that Red Tories are actually in bed with the Liberals.  What other scenario actually makes sense?  It’s like they intentionally are trying to destroy their chances of ever succeeding at the ballot box.

Or perhaps that was their plan all along…

MESSAGE TO PEOPLE’S PARTY OF CANADA

And now, to People’s Party of Canada voters, you need to GET REAL:

You’d better believe it.  Before it’s too late.

PPC supporters  – all your bluster about not supporting the Red Tories and getting rid of the Liberals will be irrelevant if you actually are responsible for them being returned to power.   When that happens, don’t even pretend that you care about your conservative principles.

You will show that your leader was also in bed with Trudeau all along.  Your constant attacks on Conservatives, with no concern about how it re-elects Liberals, will betray where your loyalties lie.

WHAT WE MUST DO

There is another way:

Trudeau and his Liberal / NDP coalition would be happy to see small “c” conservatives self-implode, ensuring their perpetual rule forever.

Yet, deep down, Liberals know that there is still a massive number of Conservative voters in this country.  And others that can still be persuaded as such.

We’re the only opposition they really have.

Canada will not survive 4 more years of Trudeau.

And the PPC  will be ultimately responsible for creating that situation.  In fact, if you split the vote in enough ridings, you could even give the Liberals the majority government they crave.

They had a deficit of $380 BILLION last year.  In a minority government.

Imagine what Trudeau would do with the majority of seats in the House?

A Trudeau return to power is the biggest existential threat to Canada.  Not whether the Conservatives are conservative enough for you.  And if you can’t see the difference, then you are playing right into the Liberals’ hands.

On Monday, social conservatives need to be strategic with their vote.

We cannot waste it on principles and our self-righteous beliefs that we are the true conservatives in Canada.    After 4 more years of Liberal power, it won’t matter who the real conservatives are.  Conservativism could even be OUTLAWED by then.

Liberals think they have the right to rule, and Conservatives have bought into that nonsense.  Liberals will always want to shut Conservatives up – and the CPC is the only legitimate party that has the ability to counter them, and to govern in Canada.

If you think the PPC can do anything in Ottawa with 6% in the polls, you’re delusional.  You’ll never replace the Conservative Party as the legitimate voice of Conservativism in Canada

Especially when you help get Justin Trudeau elected this year

That will be the end of your Party as you know it today.  No one is going to buy into your statements about social conservatism THEN.

And God help us all if they get back in.

By Shawn Jorgensen, Founder,
Calling Out Community
Posted: September18, 2021
[God’s Got A Plan For You!]