#BLACKLivesMatter WAY Too Much At The White House

Last week, I received a link to a very interesting poll that had been created at We the People, the online petition center run by the White House.  A private citizen had the gall to make a very bold demand, which tens of thousands of people agreed with – forcing the White House to show their true colors regarding the thugs and hired guns of the #blacklivesmatter movement.  While the response received was barely worth the effort to read, it did prove one small point, to quote Margaret Mead:

Perhaps like me, you were not aware that the White House runs a website called “We The People” a site that receives and hosts all the petitions to the White House and government that are made by average citizens.  The site is fairly simple – create a petition, and if you get 5,000 signatures, it will be added to the search features of the main whitehouse.gov site.  If it gets 100,000 signatures in 30 days, you will get a response from the White House itself.

The system seemed absurd to me – It reminded me a bit of SurveyMonkey, the Angus Reid Forum and a channel on the old Wii video game system called “Everyone Votes Channel” – the latter basically gave a platform for anyone to ask a two-response survey (boxers or briefs?) and everyone who had the channel and the interest would vote.  It was addicting because the questions got a bit more creative (or dumber) as time went on.  But it was hardly any kind of scientific polling or will of the people – you just trolled through all the polls that were open and voted on them all.

One would assume We the People works in a similar way, and may be just as absurd.  Megan Garber, a writer at The Atlantic, certainly thought so in a piece that ran January 16, 2013 entitled “The White House Petition Site Is a Joke (and Also the Future of Democracy)“.  She states that in the last 2 months of 2012 alone, the site received over 73,000 petitions.  But then she counters:

The White House’s digital petitions, for better or for worse, represent something rare in a republican democracy: direct interaction with the federal government. Even — and, again, especially — in a networked communications environment, that kind of explicit engagement is implicitly valuable.

I agree that it does have value to get a direct response back from the government on a specific issue that troubles you, so I signed my name to a petition that gave the very bold demand:

Wow, I thought, that’s gonna give Obama a punch in the face if he has to respond.  I didn’t think it was going to go anywhere – the petition didn’t even have a justification for its setup, and it had a bit of an “unhinged” feel to it.  However, I wanted to see how the Obama White House would respond if required, and I wasn’t disappointed.

In the first 12 days of its 30 day time limit (which expires August 5), the petition received 141,444 of the 100,000 petitions needed , and triggered this response from the White House on Friday, July 15 via email (reprinted in its entirety):

A response to your petition on Black Lives Matter

Thanks for participating on the We the People platform.

You recently signed a petition asking the Administration to “Formally recognize Black Lives Matter as a terrorist organization.”

In the wake of the tragic recent events in Dallas, Falcon Heights, and Baton Rouge, the President brought together law enforcement officials, civil rights leaders, activists, faith leaders, academics, and state and local elected officials this week to encourage frank conversations about the steps we can take together to build trust and ensure justice for all Americans. As part of these conversations, the President directly addressed the concern that the “Black Lives Matter” slogan, social media movement, and the associated protests are somehow inherently anti-police:

“I know that there are some who have criticized even the phrase ‘black lives matter,’ as if the notion is, is that other lives don’t matter. And so you get ‘all lives matter’ or ‘blue lives matter.’ I understand the point they’re trying to make. I think it’s important for us to also understand that the phrase ‘black lives matter’ simply refers to the notion that there’s a specific vulnerability for African Americans that needs to be addressed. It’s not meant to suggest that other lives don’t matter. It’s to suggest that other folks aren’t experiencing this particular vulnerability.

[Editor’s note:  Yep you’re right, Mr. President.  Most other “folks” aren’t committing the lion’s share of the crimes, and whining about the time.  And in 2015, there were 990 people killed by police in the United States – 494 were white, 254 were black.  So excuse us if we don’t buy into this bullshit”.]

“And so we shouldn’t get too caught up in this notion that somehow people who are asking for fair treatment are somehow, automatically, anti-police, are trying to only look out for black lives as opposed to others. I think we have to be careful about playing that game, just because that’s not obviously what is intended.”

[Editor’s Note:  We call BULLSHIT, Mr. President.  Everyone knows what’s really going down out there.  Your spin is meaningless.]

This is a difficult time for our nation and this is a charged debate that stirs deep emotion. Speaking at the memorial service in Dallas earlier in the week, the President emphasized that progress requires, in part, Americans on all sides to “stand in each other’s shoes and look at the world through each other’s eyes.” He added: 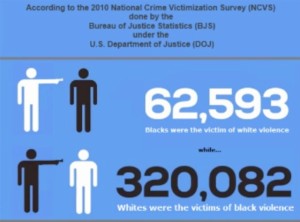 Reconcile THIS, Mr. President – you can just BITE ME. I refuse to reconcile with these half-wit thugs

“With an open heart, those protesting for change will guard against reckless language going forward, look at the model set by the five officers we mourn today, acknowledge the progress brought about by the sincere efforts of police departments like this one in Dallas, and embark on the hard but necessary work of negotiation, the pursuit of reconciliation.

“With an open heart, police departments will acknowledge that, just like the rest of us, they are not perfect; that insisting we do better to root out racial bias is not an attack on cops, but an effort to live up to our highest ideals. And I understand these protests — I see them, they can be messy. Sometimes they can be hijacked by an irresponsible few. Police can get hurt. Protestors can get hurt. They can be frustrating.

“But even those who dislike the phrase ‘Black Lives Matter,’ surely we should be able to hear the pain of Alton Sterling’s family … and know that his life mattered to a whole lot of people of all races, of all ages, and that we have to do what we can, without putting officers’ lives at risk, but do better to prevent another life like his from being lost.

[Editor’s note:  Alton Sterlin’s life didn’t matter jack squat to me.  Why you would defend a hack selling counterfeit and/or stolen goods who resisted arrest, and had a gun in his pocket? I also hear the pain of the families of the 8 policemen killed in the line of duty in the last 2 weeks.

“With an open heart, we can worry less about which side has been wronged, and worry more about joining sides to do right. Because the vicious killer of these police officers, they won’t be the last person who tries to make us turn on one other. The killer in Orlando wasn’t, nor was the killer in Charleston. We know there is evil in this world. That’s why we need police departments. But as Americans, we can decide that people like this killer will ultimately fail. They will not drive us apart. We can decide to come together and make our country reflect the good inside us, the hopes and simple dreams we share.” 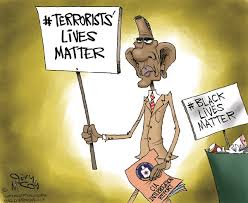 [Editor’s Note: Dear God, make him stop – I want to punch him in the face.  There is no way in hell I’m gonna whitewash the cop killers in this scenario – they were all BLACK and that is a declaration of war].

The White House plays no role in designating domestic terror organizations. The U.S. government does not generate a list of domestic terror organizations, and therefore we are not able to address the formal request of your petition. We encourage you to engage with your community in the ongoing discussion of how we can better build trust and safety in our communities.

[Editor’s Note: Yes, we know the FBI does it, moron.  And you oversee the Director of the FBI.  It’s not rocket science.  What a load of crap.  We can “better build trust and safety in our communities” by electing a Republican President, Senate and Congress, and I think that’s exactly what will happen.

Thank you for your participation in the We the People platform. We’ll be back in touch soon.

[Editor’s Note: Don’t bother, I have enough of your papers under the budgie cage as it is].

— The We the People Team 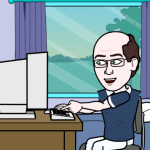