In Donald Trump’s final days on the campaign trail, he promised his supporters that “every dream you ever dreamed for your country” will come true if he became President — one of dozens of sweeping promises he made and is now expected to fulfill

In January, Jenna Johnson of the Washington Post compiled a list of 76 campaign promises Trump had made. Since then, the list has grown to 282, collected from Trump’s speeches, public comments, tweets and campaign and transition websites.

Now, in a series of posts, we will lay out every single one of these promises. We want President-Elect Trump to succeed, and to stay on track with his very aggressive agenda as he does. We want to assist him where we can, and ensure our elected officials in Washington know that we expect them to do the same.

Originally published in The Washington Post. Jenna Johnson is a political reporter who covered Donald Trump during the 2016 presidential campaign. Follow @wpjenna

ENERGY AND THE ENVIRONMENT

178. Gut, if not eliminate, the Environmental Protection Agency, which Trump has called a “disgrace.”

180. Eliminate “intrusive” regulations, along with “any regulation that is outdated, unnecessary, bad for workers, or contrary to the national interest.” Eliminate duplication in regulations, deferring to local officials and residents. Remove the “draconian barriers” to allow energy infrastructure projects and development to proceed.

181. Eliminate the Clean Water Rule that defines the “waters of the United States” and gives added protection to tributaries that impact the health of downstream waters. 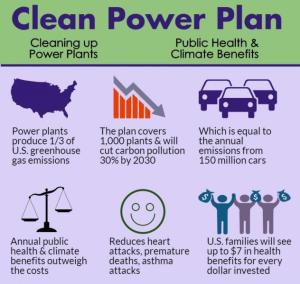 182. Scrap the Clean Power Plan, which reduces the amount of carbon pollution from power plants. Trump says this could save the country $7.2 billion per year.

183. Oppose a carbon tax on fossil fuels use that could be used to reverse damage to the environment caused by the release of carbon dioxide into the atmosphere.

186. Treat climate change like the “hoax” that Trump has said it is. (In a recent interview with the New York Times, Trump seemed to soften that position.)

187. Cancel all funding for domestic and international climate change programs, which he estimates would total $100 billion over two terms. Trump would instead spend that money on domestic infrastructure projects.

188. Pull out of the Paris Agreement, which was recently signed by 196 countries pledging to reduce their greenhouse gas emissions.

189. Become the world’s dominant leader in energy production. Attain “complete American energy independence” so that the United States is no longer dependent on foreign oil.

191. Ask TransCanada to renew its permit application for the Keystone XL pipeline so that it can be approved.

192. “Unleash an energy revolution that will bring vast new wealth to our country.” Create at least a half million jobs a year, prompting a more than $30 billion increase in annual wages over seven years. This will increase the GDP by more than $100 billion annually. Use the revenue from energy production to rebuild roads, schools, bridges and public infrastructure.

193. Restore and protect the Florida Everglades, even though it’s a “rough-looking sight down there.”

195. Spur the spending of $1 trillion in public and private dollars on infrastructure projects over 10 years. Invest in “transportation, clean water, a modern and reliable electricity grid, telecommunications, security infrastructure, and other pressing domestic infrastructure needs” without adding to the national debt.

196. Negotiate rates for these projects that are one-third of what the United States is currently paying. “Cut wasteful spending on boondoggles” by streamlining the permit and approval processes.

198. Employ incentive-based contracting to ensure projects are on time and on budget.

200. Create “thousands of new jobs in construction, steel manufacturing, and other sectors” to carry out this work. Only “American workers” will be hired for these jobs.

203. “Drain the swamp” in Washington and “cut our ties with the failed politicians of the past.”

204. Propose a constitutional amendment to impose term limits on all members of Congress, limiting House members to three terms, or six years, and senators to two terms, or 12 years.

205. Institute a five-year ban on White House and congressional officials becoming lobbyists after they leave office. (Trump is already having staff and Cabinet members sign pledges.

206. Institute a lifetime ban on White House officials lobbying on behalf of a foreign government.

208. Appoint an attorney general who will reform the Department of Justice “like it was necessary after Watergate.”

209. “Lock her up.” Instruct the attorney general to appoint a special prosecutor to investigate Hillary Clinton’s “situation because there has never been so many lies, so much deception.” Trump had said the investigation would include Clinton’s use of a private email server while she was secretary of state and the ways in which the Clinton Foundation raised money. (Trump told the New York Times on Tuesday this is now a lesser priority. “I want to move forward, I don’t want to move back. And I don’t want to hurt the Clintons. I really don’t,” he said.)

210. “When I am president, I will work to ensure that all of our kids are treated equally, and protected equally.”

211. Limit the influence of the Department of Education and give more control to local school districts. The department might also see a major budget cut.

213. “Be the nation’s biggest cheerleader for school choice,” use the “pulpit of the presidency” to campaign for expanded school choice in all 50 states and support the election of local, state and federal officials who agree.

214. Allow families to redirect their share of education spending to a private, charter, magnet, religious or homeschool. Provide $20 billion in federal funding to establish block grants that states could use to help children in low-income families enroll at private and charter schools.

217. Take away federal tax breaks and other perks from colleges and universities that do not make “a good faith effort” to reduce the cost of tuition and the amount of student debt.

221. Reduce or end the government’s role in student loans.

222. Ensure that jobs are waiting for high school and college graduates