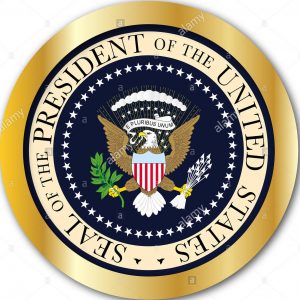 In Donald Trump’s final days on the campaign trail, he promised his supporters that “every dream you ever dreamed for your country” will come true if he became President — one of dozens of sweeping promises he made and is now expected to fulfill

In January, Jenna Johnson of the Washington Post compiled a list of 76 campaign promises Trump had made. Since then, the list has grown to 282, collected from Trump’s speeches, public comments, tweets and campaign and transition websites.

Now, in a series of posts, we will lay out every single one of these promises. We want President-Elect Trump to succeed, and to stay on track with his very aggressive agenda as he does. We want to assist him where we can, and ensure our elected officials in Washington know that we expect them to do the same.

Originally published in The Washington Post. Jenna Johnson is a political reporter who covered Donald Trump during the 2016 presidential campaign. Follow @wpjenna

As this best-selling book and Netflix documentary assert, China is killing the American economy.

3. Encourage manufacturers to build or grow factories in the United States with tax incentives.

4. Refuse to eat another Oreo until Nabisco fully moves production back to the United States from Mexico.

5. Tell Ford’s president that unless he cancels plans to build a massive plant in Mexico, the auto company will face a 35 percent tax on cars imported into the United States. Trump is confident he can get this done before taking office. (Trump has twice incorrectly said this has already happened.) 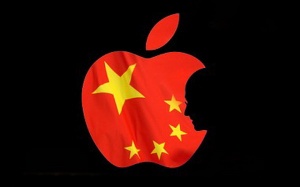 6. “Get Apple to start building their damn computers and things in this country, instead of in other countries.”

7. Call the executives at the parent company of Carrier, an air-conditioning manufacturer that is closing a plant in Indiana and moving to Mexico, and threaten to impose a 35 percent tariff on air conditioners imported into the United States. Trump predicts the company will say: “Sir, we’ve decided to stay in the United States.”

8. Bring back the steel industry to Pennsylvania and use American-made steel in all federal infrastructure projects.

9. Make the auto industry in Michigan “bigger and better and stronger than ever before.” Trump plans to return to the state each time a new factory or auto plant opens.

10. Bring the coal industry back to life in the Appalachian Mountain region.

11. Require employers to recruit “from the unemployment office — not the immigration office.”

12. Leave the federal minimum wage at $7.25 per hour, which is already too high. 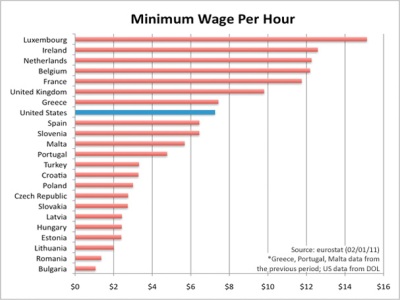 14. Allow states to set their own minimum wage.

15. “Under a Trump presidency, the American worker will finally have a president who will protect them and fight for them.”

APPROACH TO THE PRESIDENCY

17. “I refuse to be politically correct.”

18. “My only special interest is you, the American people,” not major donors, the party or corporations.

19. “Be the healthiest individual ever elected to the presidency.”

22. “I promise I will never be in a bicycle race. That I can tell you.” (Trump has criticized Secretary of State John F. Kerry, who was injured while riding a bicycle amid the Iran negotiations.)

23. “In negotiation, you must be willing to walk. . . . When the other side knows you’re not going to walk, it becomes absolutely impossible to win.”

25. “I don’t settle cases. I don’t do it.” (This month Trump settled a fraud lawsuit against Trump University for $25 million.) 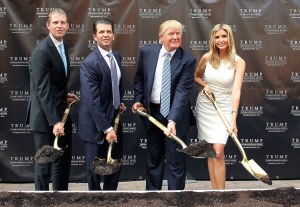 26. Fully focus on the presidency and put his three oldest children — Donald Trump Jr., Ivanka Trump and Eric Trump — in charge of running his company. (Trump has yet to take steps to fully isolate himself from his business, and his three oldest children have played a major role in his transition team. In an interview with the New York Times on Tuesday, Trump noted that he could legally continue running his business.)

28. Pass the Middle Class Tax Relief and Simplification Act, which will reduce the number of tax brackets from seven to four and lower income taxes for all. The highest earners would pay a 25 percent tax. Individuals earning less than $25,000 per year or couples earning less than $50,000 would not be charged income tax, although they would have to file a one-page form with the IRS that states: “I win.”

29. Lower the corporate tax rate to 15 percent and get rid of most corporate tax loopholes or incentives. Allow corporations a one-time window to transfer money being held overseas, charging a much-reduced 10 percent tax.

30. Eliminate the carried interest loophole for Wall Street, the federal estate tax, the alternative minimum tax and the so-called marriage penalty that affects some high-income earners. Continue to allow taxpayers to deduct mortgage interest and charitable donations from their taxes.

31. “We are going to have the biggest tax cuts since Ronald Reagan.”

32. Renegotiate the North American Free Trade Agreement or withdraw from the deal under Article 2205. 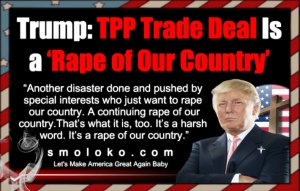 33. On the first day in office, pull out of the Trans-Pacific Partnership, President Obama’s signature trade deal linking countries around the Pacific Rim.

34. Negotiate trade deals with individual countries instead of regions. Trump would gather together the “smartest negotiators in the world” and assign them each a country. Billionaire hedge fund manager Carl Icahn would be in charge of trade negotiations with China and Japan.

35. Identify all foreign trading abuses that affect American workers and “use every tool under American and international law to end those abuses immediately.” This would include cracking down on “sweatshops in Mexico that undercut U.S. workers.”

36. Impose new taxes on imports into the country from companies that used to be based in the United States. Trump’s most frequently cited number is 35 percent.

37. Impose a 45 percent tariff on Chinese products imported into the United States.

38. “We will double our growth and have the strongest economy anywhere in the world.” Grow the nation’s economy by at least 4 percent per year, although Trump has also suggested he will boost growth to at least 6 percent per year — if not much higher.

40. Never default on this debt, as the United States can “print the money” or renegotiate the amount owed with creditors, as the self-described “king of debt” has done with his private businesses.

42. Implement the “Penny Plan,” which each year would reduce net spending by 1 percent of the previous year’s total. Over 10 years, Trump says, this would reduce spending by almost $1 trillion. Defense and public safety spending would be exempt.

43. Immediately institute a hiring freeze on all federal employees to reduce the workforce through attrition. There would be exceptions for those in the military, public safety and public health.

44. Order every federal government department head to “provide a list of wasteful spending projects that we can eliminate in my first 100 days.” Review each agency and then decrease the size of the “bloated government,” making it “leaner and more responsive to the public.”

45. Stop spending money on space exploration until the United States can fix its potholes. Encourage private space-exploration companies to expand.

46. Stop so-called zombie spending, in which the government funds programs that have had their congressional authorization lapse. By cutting 5 percent of this spending, Trump estimates he could save almost $200 billion over 10 years.

47. Collect unpaid taxes, which Trump says could be as much as $385 billion per year.

48. Crack down on improper government payments, which Trump estimates exceed $135 billion per year.

49. Dismantle the Dodd-Frank Wall Street Reform and Consumer Protection Act, which aims to prevent the excessive risk-taking that led to the financial crisis and was signed into law by Obama in 2010.

51. Order agency and department heads to identify all “needless job-killing regulations” and then remove them.

53. Eliminate the individual mandate, as “no person should be required to buy insurance unless he or she wants to.”

55. Knock down the regulatory walls between states for health insurance, making plans available nationally instead of regionally. “Insurance costs will go down and consumer satisfaction will go up.”

56. Expand use of Health Savings Accounts, which allow workers to save money for medical expenses without having to pay federal income tax on those funds. These payments will be allowed to accumulate and can be passed on to heirs. These funds can be used by any member of a family.

57. Encourage states to establish high-risk pools to cover individuals who have not maintained continuous coverage.

58. Preserve Medicare and Medicaid but encourage states to root out fraud, waste and abuse. Provide states with block grants of Medicaid funds to provide more freedom in designing programs to assist low-income citizens.

59. Reduce the number of individuals on Medicaid and/or using the Children’s Health Insurance Program. Trump would also cut any health care offered to undocumented immigrants.

60. Make medical marijuana widely available to patients and allow states to decide if they want to fully legalize pot.

61. Push the Food and Drug Administration to more quickly approve the thousands of drugs it is currently reviewing. Trump also wants to “advance research and development in health care.”

63. Require price transparency from health-care providers so patients can shop for the best prices.

64. “You will be able to choose your own doctor again.”