The horrific forest fires in Fort McMurray that started May 1 have brought a lot of sadness and aching hearts to those of us who know the region and love its people.  I am one of those people who lived in Northern Alberta for 20 years, and I know and respect the influence and benefits of the oilsands on that province.

But some out there have decided that now would be as good time to try to destroy the oilsands forever, which at one point actually did lay in this fire’s direct path of destruction. “Surely the oilsands played a factor in this fire’s start?”, they whisper. “Surely climate change, the result of big oil, was the culprit?”, they loudly proclaim on TV and radio.

Neither could be further from the truth (see our related article on how Oilsands Didn’t Start the Fire) .  The fires were started likely as a result of human error, and both weather issues that have existed for centuries – as well as the bad decisions of a cost-cutting, socialist provincial government who philosophically wanted to kill the oilsands anyway – are to blame for this fire’s continued growth into the near 600,000 hectare horror it is today.

So you wanna take this occasion to protest big oil, eh?  Ride your bike to work, do you?  You’re a friend of the environment you say?  Let’s put your money where your mouth is.

First of all, I am no friend of Big Oil – don’t work for an oil company, and don’t have any vested interest in whether they continue to exist or disappear – other than the fact that Canadians owe much of their standard of living to oil revenues.

I am, however, a realist, and there are over 6,000 products that are partly or entirely made from oil and its byproducts.  I’m going to list just 400 of them – and I personally am not stupid enough to want to see them all go for the sake of some philosophical nonsense.  PERIOD.  Let’s see how many you can honestly do without.  If you do OK with this list, email me and I’ll send you the next 400.

But before I do, if you think your electric car has no impacts on the environment, think again.  Lithium is required to manufacture the massive batteries that these cars require, (it’s also used to make the batteries for your smartphone, which you might be utilizing to read this article).  Here is a photo of one lithium mining operation, located in Northern Canada (this isn’t a big one by any means): 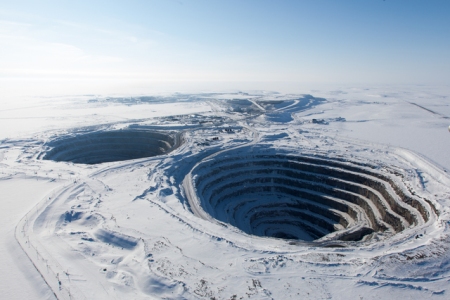 Sorry, did you say there is no environmental impact from your electric car?  Speak up, you’re mumbling now.  Now, what if I told you that a good portion of the parts of that electric car – carpeting, floor mats, dashboard, steering wheel, onboard screens, cupholders, etc. were also all made from oil.

Oh, you went quiet now, did you?  Well, since I finally got everyone’s attention, here are the items I was speaking of…good luck with saying no to them all:

Items Made Partly or Completely With Oil or It’s ByProducts