Gun Criminals Aren’t In The NRA…

After every mass shooting in the United States, there is a call from the looney Left for the National Rifle Association to be somehow punished or curtailed or stopped altogether from its activities, and it makes no sense.

I’m going to, I hope, slam-dunk this argument for good.  To a Libtard, it won’t make a difference.  But to those of you on the fence, who really just want the gun violence to cease, I hope it’ll make you think.

See this woman to the left of this text?  Her name is “Eye Empress Sekhmet”, and she is now being investigated by local police for declaring open season on killing whites while holding a gun.

Now quick, a show of hands – how many of you believe that she is a card-carrying member of the National Rifle Association (hereafter known as the NRA)?  Anyone?  Anyone?

No one EVER would assume that.  Yet, the moment a violet mass-shooting takes place in the United States, who is vilified first in the media – people like the NRA, who have their own views on the use and ownership of guns in the United States, or this racist cow packing heat?  And it may not even be HER heat – at the risk of sounding racist, the guy she may have stolen it from might be really happy that she showed her face in public, so he knows where to get his stolen gun back from.  That member of the NRA that got his gun stolen, that is.

Oh, now some of you are triggered, and you’re going to go haywire in the comments.  Save your fingers for important pursuits like breaking and entering, or whatever you gun thugs do in your spare time.  I’ll just delete dumb comments before they are published anyway.  This isn’t a free speech zone – get your own blog if you want to rant about stupid crap with no thought process behind it.

So, if Miss Stable Mable here goes postal in a 7-11 and start blowing white people away with that gun that she legally purchased and registered with the proper local authorities (which she of course still has the receipt for), which she purchased from a legitimate source after obviously taking a psychological assessment first – which she also obviously passed with flying colors (dear God…) – how many of you would get on TV tonight and rant and rave about the NRA needing to take responsibility for gun crimes in America.

Because you’ll never even know it happened – because none of the news media will ever report it happened.

How do I know this, you ask?  That seems like a racist thing to say, you state?

Here are some facts to shut up the nonsense:

Knowing all this, one question, and be honest with yourself:   How many of these were members of the NRA, in your opinion?  50%?  40%?  20%?  10%  5%?  Try closer to ZERO PERCENT.  The crimes were mostly committed by street thugs in gangs, who were either attacking rival gangs or robbing innocent people, etc.

So what is the NRA being blamed for all of America’s gun crimes for?  Shouldn’t we be focusing on the black community and figure out what’s going on there?  Nah, that’s racist.  Let’s focus on the NRA, whose membership is mostly middle-aged white men…

…because… that’s… not… racist?

Recently, I was asked yet another of the “stupid questions” I often get on Quora:

And this was my answer:

That wouldn’t keep guns out of the hands of the mentally ill – if the NRA revoked the person’s membership, that wouldn’t stop them from getting a gun regardless. Not too many people that are mentally ill, and have a desire to become a mass murderer, are going to want to register their gun ownership with a public group like the NRA anyway. What possible benefit would that have in doing that? 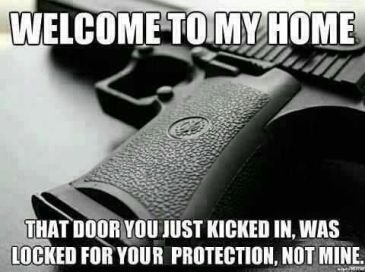 The NRA doesn’t give gun permits, nor are they the national regulator of who gets to have a gun and who doesn’t. The NRA is there to teach safety and to ensure that the 2nd Amendment is protected against people who would very much love to remove guns from citizens – namely the government that the Second Amendment allowed citizens to arm themselves against in the first place.

Mass shooters are not generally NRA members. In fact, I have yet to hear of a single case where that was so. So why is the focus on the NRA in the first place? And why is there always this nonsensical push for gun control when such a situation arises? Criminals don’t give a damn about gun control – they won’t be registering their guns, and if they have connections, they won’t care whether they can buy an Uzzi at a gun show or not. The people that criminals buy guns from are OTHER CRIMINALS – who aren’t going to give a rip about psychological assessments and 14-day waiting periods either.  Criminals can likely buy a gun off the back of a truck whenever they want. It’s called the “black market” for a reason – it’s not generally something that you’re going to see in the light of day.

NRA members are Americans that register their guns, know how to properly use them and store them, and will be the first people you would look to for ASSISTANCE if a nation like Russia ever attempted to invade the US through Canada, for example – which sounds far-fetched, but of course so was the Russian invasion of Afghanistan, the Ukraine and host of other nations over the last 70 years. They would be the first person you would look to if your own government ever decided to become dictatorial. I’ve heard a significant number of misguided and neurotic people accusing Trump of being a fascist, after all.  NRA should be welcomed in the region, not attacked – they could be the only thing someday that saves your life. 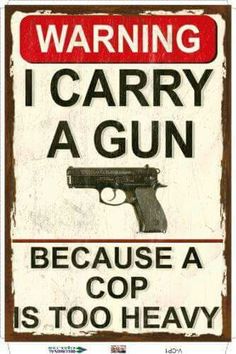 I guarantee you, if the NRA were legally forced to shut down tomorrow across America, as some ill-founded plan to reduce gun crime – you would quickly find that you didn’t reduce gun crime one bit. Gun criminals aren’t in the NRA. Get your head out of your proverbial and realize that gun crime in America is caused by inner-city black, Latino and Asian thugs in gangs, for the most part, and by the mafia, Hells Angels, and other more organized crime groups.
The NRA is full of farmers and hunters and gun collectors, police officers, and veterans who keep their noses clean, pay their taxes and have the proper knowledge and respect for the power of firearms to keep them perfectly safe in their environ.
It’s time for America to find a legitimate bogeyman that’s actually the culprit, and stop blaming the NRA for gun crimes they didn’t commit.  The NRA has been actively been fighting against crime by demanding more police and/or armed guards in schools, for example, which the Left always mocks as well.
NRA members do not blindly LOVE Guns and everything associated with them. They do not love war, violence, poaching of wildlife, or the idea of having to defend their life or the lives of loved ones with a firearm. What they love and fight to keep is freedom! The Second Amendment represents the right to be free to defend ourselves, our families, our property and our COUNTRY with the same tools that would threaten it. It also protects invaluable traditions like hunting and shooting sports that bond families, build character and cultivate our love of the outdoors. The right to keep and bear arms is the Second Amendment for a reason, it is that important. It provides us the freedom to protect all threats to the Constitution and the natural rights it guarantees.
In conclusion, you want to fight gun violence?  Good, because Black Lives Matter.
UPDAeTE:  February 24, 2018
Delta Airlines and United Airlines have both issued statements this morning that they no longer will provide NRA members with discounts on their travel to their annual convention.
Wow, you have really taken a bite out of gun crime now! Good on you two airlines for figuring out how to lose millions of good customers with one stupid message, when you could least of all afford it.
If only every company in America followed your example…. you’d all be bankrupt.  Something that the socialist jackasses that you have been listening to,  have been trying to propagate against you capitalist dumbasses for a long time now.  Congratulations, you just played into their hands.
Oh and by the way, these left-wing whack jobs that you took your financial direction from this morning – they don’t fly. In fact, statistically, I bet they never leave the comfort of their grandma’s basements.  And/or the celebrities who cry about the environmental impacts, and protest the NRA, ALWAYS fly private, NEVER fly commercial with your “unwashed masses” of passengers.
The NRA members, who are all for the most part upper-middle-class, middle-aged white man with a good income? You’ve just pissed off 5 million of them, and their millions of college-aged children and grandchildren.

And people like me who aren’t even American, but believe what the NRA stands for, thinks you are just playing the SJW card in the wrong poker game, and who has a big enough audience (23,000 followers today in 125 countries) to make some small impact.  In the cutthroat dollars and cents business of airline travel, that might be all that’s required.
AND NOW, I have a message to the cuckolding virtue signalling a-holes at #UnitedAirlines and #DeltaAirlines:
BOYCOTT!  BOYCOTT!   BOYCOTT!
If you have booked a flight with either airline, cancel it today if you have insurance and get a flight on an airline with some common sense.

If they’re too stupid to figure out financially what’s up and what’s down, it’s time they both went DOWN.  One less US airline with crappy service and insolence for their customers is no loss.  Maybe Americans will finally have more competitive fares when one or both are GONE.
If they’re too stupid to even get out of bed in the morning, they certainly aren’t going to be trustworthy to get your plane up in the air.
#boycott #unitedairlines
#boycott #deltaairlines
#istandwiththeNRA