“Is There Anyone Left Standing With Israel?”

This morning it was announced that the United Nations Security Council voted unanimously to adopt the Vienna Agreement, which allowed Iran to operate sanctions-free, while paying lip service to its agreements to not develop nuclear weapons.  I will be going into more depth in the days ahead on this agreement, and how it looks on the surface to be actively / intentionally created to betray the people of Israel.

President Obama (I use the title loosely here, for I believe he is a traitor and trust America someday sees how he has led them toward complete ruin) smugly told Israel today that suddenly they have “no truer friend” than the United States – but through his Secretary of Defense, visiting Israel this morning.

Obama himself will likely not be caught dead in Israel from now to the end of his term and he’d be wise not to.  And of course the Defense Secretary’s speech was full of all the typical bravado and promises and assurances – it was also delivered almost simultaneously as the United Nations votes to put this nonsensical agreement into internationally-ratified law.   Pre-meditated scheduling?

On one of the Israeli news sites this morning, I saw a posting by a man named “Mustafa”, which I know to be an Arabic name.  His sentiments were clear – and I admit, when I first read the sentence, I got an instant lump in my throat, as I stood on a crowded train on the way to my Downtown office.

He said simply, as a representative cry from the hearts of Israelis – both Jewish and Arab alike:

“Is there anyone left who will stand with Israel?“

I want to share my reply to his posting with you – not just because I believe it to be true, but because we need to see the bigger picture, and not allow the 24-hour news cycle to discourage us: 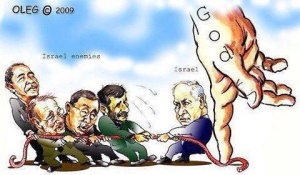 God evens out the sides, no matter how weighed against Israel

“Mustafa, I am with Israel, as are literally millions of Christians – Protestant, Catholic or Orthodox – who believe with all our hearts that Israel is God’s chosen people.  Though you today seemingly have been betrayed in the eyes of the world, know that you have one Friend who stands above the rest.  For today, the One True God stands with you – the same One who stood with Joshua as the ancient walls of Jericho were flattened, and who stood with IDF in modern times, destroying the Egyptian Air Force in minutes and forcing a surrender – and eventual decades-long peace treaty – between the two most powerful nations in the Middle East – Egypt and Israel.  Your nations have together shown that anything is possible – don’t despair.

Stand still, Israel, and see the salvation of your God today.   And know that in a very real and practical way, there are many of us who would consider it an honour to take up arms to defend Israel against possible invaders – even to the death.  We will never allow the enemies of Israel to overrun her.  You are the Apple of God’s Eye and we love you. May God bless the State of Israel and the people of Israel.”