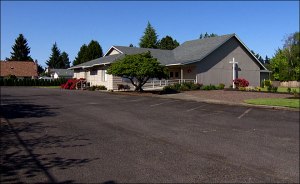 What do police in the city of Portland, Oregon do when Christians, who believe in the rights of the unborn and the freedom to protest peacefully, are assaulted on its streets?

That’s what Christians learned in that city last Wednesday, August 12 when a small group of them, all strongly against the murderous practice of abortion, were assaulted while they held a peaceful and perfectly legal protest (all protected by the First Amendment) outside a Planned Parenthood facility Wednesday. 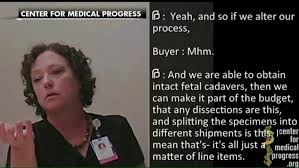 Yes, Planned Parenthood – that notorious taxpayer-funded organization which found itself in the news August 4 after a video surfaced showing staff members discussing the costs of purchasing aborted fetus tissue.  From 1973 through 2011, nearly 53 million legal abortions occurred in the U.S., according to the Guttmacher Institute (AGI) – just over 1 million babies last year alone.  Now, someone actually has the idea, and is implementing it, to sell aborted babies’ body parts on the black market, right out of taxpayer-funded offices.

A small group of 20 from Biblical Church Evangelism Conference hosted by Beaverton Grace Bible Church and organized by its pastor, Chuck O’Neal, decided that enough was enough.  Fed up with their tax dollars going toward this unbelievable modern Holocaust, and now infuriated that such horrific and barbaric discussions were taking place at Planned Parenthood offices, they assembled to protest abortion and to plead for the lives of the unborn. 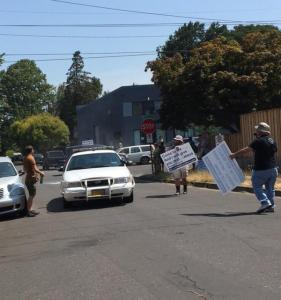 In this photo, you can see the assailant on the left, with the can of Comet still in his hand, as he approached the protestors

When they did, a man who reportedly brought a woman to the clinic walked up to them and began shaking a “very large can” of Comet cleanser at 6 of them, yelling and calling them “scum” as he did so.  The pastor of the church had several others got it in their eyes, which could have caused serious or even permanent damage.

When Portland Police Officer Gene Gillock arrived on the scene, he swung into action … or make that inaction. He pulled his police cruiser up alongside the assailant and ordered him to leave the area. Protesters demanded that the man be arrested for assault, but the demand fell on deaf ears.  He never once came back to find out how the assaulted group were doing physically.

One of the assaulted members was later quoted:

“Can you imagine if we had thrown something on someone at Planned Parenthood?” he asked, noting that none in the group would ever do so. “We would be called American Jihadists; it would have been all over the news, … they would accuse us of wanting to kill abortionists [and] hating women. And Officer Gillock would have had us all on the ground in handcuffs, and we would have all gone to jail.

It just goes to show how upside down the world is,” Miano stated. “They call evil good, and good evil.” 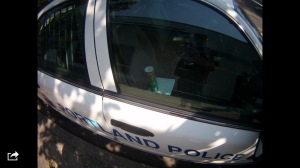 The police did return to question those who had been assaulted, but they did not speak to the witnesses and they never arrested the attacker. When members of the group tried to question the officers, they simply ignored them and left.Pastor O’Neal said that he believes Gillock already had a dislike for the outreach even before the incident occurred as the officer contended prior to the attack that “You’re just here to annoy these people,” referring to Planned Parenthood and its clients.

Christian News Network later spoke with the Portland Police Department, and was informed that the man will not be prosecuted as the situation is being considered a “private criminal complaint”.  What on earth does that mean – aren’t most complaints to police considered “private”?

Planned Parenthood has seen many such protests in recent days, and other recorded incidences of assault against peaceful protestors.  Here are just two: 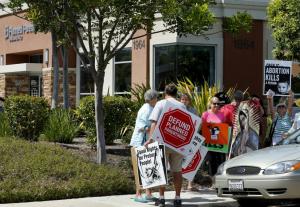 It would be remiss to judge the entire Portland Police Department on the conduct of one officer. But this is not the first time Officer Gillock has been in the news. A story ran in the October 8, 2014 Portland Tribune about an 11-year-old who was out of control at a local elementary school, lashing out at teachers with a metal compass. Ultimately, the child was Tasered by Officer John Hunt, which generated a firestorm of controversy. But according to Portland Cop Watch, “the first officer on the scene … backed away when the boy threatened to stab him.”  That officer’s name? Gene Gillock.

Christians everywhere should take note that persecution in North America is not only something to expect in coming days, it is already upon us.  We must not bow to the pressure to fight back, but we must not be silent either – millions of unborn children depend on it.