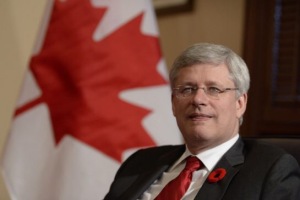 Last Sunday, August 2, Canadian Prime Minister Stephen Harper called what some have calculated will be the longest election campaign in Canadian history, running 11 weeks (78 days) and culminating in the Monday, October 19 federal election.

At 316 km2, my home city of Surrey is the largest of the 24 municipalities making up Metro Vancouver, and is growing by more than 1,000/month, soon to overtake Vancouver as Western Canada’s largest city. As a result, all of Surrey’s ridings were recently redrawn, with the addition of one new riding.  My own riding has been resized and renamed Surrey Centre (formerly Surrey North). Across BC, there are 6 brand new seats (we have a total of 42 now), making us one of the biggest battlegrounds in Canada for this federal election, along with Ontario and Alberta.

I’m so happy to see that the Conservative Party in my riding is clearly ready for that battle, having nominated a truly stellar candidate 3 months ago (May 3) – Mr. SUCHA THIND. Lawn signs are already popping up from their campaign all over the city.

Mr. Thind’s life story gives a face to the Canadian Dream at its best, reminding us how and by whom this fantastic country was founded and built. As a young university graduate, Mr. Thind immigrated to Canada in his 20s from India to start a new life for his family here, working in several local businesses when he first arrived.

Then, over 20 years ago, he founded Mainland Aluminum in Surrey, an aluminum railing business. He can be proud of his mentorship of an untold number of other business leaders in the area for decades, as well as being a strong employer for the region ever since.

In comparison, Mr.Jasbir Sandhu, our current NDP Member of Parliament, has done such an (cough) admirable job – I actually had to do a Google search to remind myself again who my MP was – and as you can see from my blog, I do tend to keep in touch with what’s going on out there.

Sandhu was elected first in 2011 on the “orange wave” (which I think crested years ago) of NDP popularity – when all kinds of less-than-stellar NDP candidates were swept into the role of Official Opposition under the leadership of the late Jack Layton – not because they were any good, but because the Liberal leader Michael Ignatieff was so bad.  Thomas Mulcair – not much better.  And it wasn’t a vote against the Conservatives either at the time – the party won their first majority government in that election.

Sandhu has worked as a “business analyst, a customs officer, a self-employed building contractor, a truck driver, taxi driver and factory worker” according to his site, and a “program manager” (whatever that involves) for 15 years at the Justice Institute. Wow – does that ever sound random.  I’m not seeing what makes him particularly quailified to represent me in Ottawa, and I say that when he’s actually already done the job for the last 4 years.  Thus I’ll be working my butt off to avoid a repeat performance.

As an MP, his website says he “advocated for his constituents by bringing attention to the issues facing students, seniors and veterans, and to challenges of the immigration system.” That’s a joke, right? As a constituency manager for an Alberta MLA for 3.5 years, I can say without hesitation that he just gave the basic job description of EVERY Member of Parliament. Big deal.

For those Conservatives who are ringing their hands about this upcoming election – calm down. I predict a lot more vote splitting on the left this time around with Trudeau as leader. I don’t see that being to the Conservatives detriment – Trudeau looks like a champ against the NDP’s Mulcair, but against our Prime Minister, he looks more like a chimp and a chump.  He’s a hack with very little experience and no real talents to speak of, attempting to use Daddy’s name (good or otherwise) to advance his own fortunes.

And as for all the theatrics in the polls, showing Mulcair’s NDP actually leading in the country, a few thoughts. The media had crowned Trudeau the guy to beat in this election a few months ago, remember? That seems to have vanished. Worst case scenario and the NDP wins the election…the polls don’t suggest the Liberals even being the Opposition either.  Shows how much the media gets it right.

Desperate to try to convince voters we need a change, the NDP and the Liberals are now pushing the “Canada is in a recession” monologue.  Really? Based on what?
– the Globe & Mail‘s Michael Babad wrote in an August 10th Report on Business piece that Canada’s politicians should “stop saying we are in a recession“. The numbers just don’t support that theory yet.
– the unemployment rate, the most important of these signals, sits at 6.8%, and has remained exactly the same for the last six months in a row. According to Statistics Canada, our economy actually added 166,000 jobs since last year at this time. In fact, with over 1.2 million net new jobs since the 2009 recession, Canada’s economy is on the right track. And this despite the bad energy sector numbers of late.

Over the coming weeks of this historically-long campaign, we will profile the four key leaders going into this election (the Bloc will not be given the courtesy, as they are not a national party in any capacity): Prime Minister Harper (Conservative), Justin Trudeau (Liberal), Thomas Mulcair (NDP) and Elizabeth May (Green Party).

We have a clear choice between zero experience and dim ideas (Trudeau), the environmental lobby destroying our economy (May), a socialist with no personality (Mulcair)…

…or a man who has stood tall on the world stage for a decade (Stephen Harper), leading us out of near-Depression in 2009, building our credibility around the world, while making our economy the strongest of G8 members.  Three Canadian cities in 2014 made the list of the top 10 most livable cities in the world  (Vancouver #3, Toronto #4 and Calgary #5) .

The 2015 report from the Reputation Institute also ranked Canada as the #1 most reputable country in the world, based on a variety of environmental, political, and economic factors – for the third year in a row.

None of this happens by accident.